Growing food on vertically inclined surfaces is known as vertical farming. Instead of growing vegetables and other foods on a single level, as in a field or a greenhouse, this approach grows them in vertically stacked layers that are typically integrated into other structures, such as a skyscraper, shipping container, or refurbished warehouse.

This concept employs Controlled Environment Agriculture (CEA) technology and indoor agricultural techniques. The artificial control of temperature, light, humidity, and gases allows for the production of foods and medicines indoors.

These high-tech farms’ design, architecture, and configuration would give optimal light exposure and precisely measured nutrients for each plant. These farms, designed to develop in a regulated, closed-loop environment, would eliminate the need for toxic herbicides and pesticides while increasing nutrition and food value. Indoor farmers could potentially “design” the taste of vegetables to meet people’s tastes.

Researchers seek to improve, refine, and modify these technologies to eventually be deployed anywhere in the world while producing maximum output with minimal environmental impact. They denote a paradigm shift in farming and food production, and academics believe they are appropriate for city farming when land supply is restricted. These systems and accompanying technologies (primarily hydroponics, aeroponics, and aquaponics) are rapidly growing, diversifying, and improving.

Hydroponics is a way of producing food without soil that uses mineral nutrient solutions in water. Hydroponics is defined as “the growing of plants in nutrient-enriched water, with or without the mechanical support of an inert medium such as sand or gravel.”

The name comes from the Greek terms hydro and ponos, which mean “water doing labor” or “waterworks.” Although water as a substrate for crop cultivation is not entirely new, the commercialization of hydroponics has occurred very lately.

Hydroponics has been identified by National Aeronautics and Space Administration (NASA) researchers as a viable technology for growing food in outer space. They’ve had success growing veggies like onions, lettuce, and radishes.

Researchers have made hydroponic technology more productive, dependable, and water-efficient. Hydroponics is now widely used in industrial agriculture, offering numerous advantages over traditional soil-based production. One of the key benefits of this strategy is that it can potentially remove or at least lessen soil-related cultivation issues (i.e., insects, fungi, and bacteria that thrive in soil).

In soil, various elements, including temperature, oxygen level, moisture, and microbes, affect how soil-fixed nutrients are accessible to plants because the nutrients are dissolved in water through erosion and mineralization.

The hydroponic approach is low-maintenance because weeding, tilling, kneeling, and soil removal are not required. The hydroponic technology also allows for less labor-intensive production management of more extensive regions.

It may be a cleaner procedure because no animal excreta are involved. Additionally, the hydroponic method allows for more precise nutrient levels and pH equilibrium control. As a result, the hydroponic method may result in more consistent products and higher yields because the optimal fertilizer combination can reach all plants.

Aeroponics is a technological advancement over traditional hydroponics. An aeroponic system is an enclosed air and water/nutrient environment that promotes rapid plant development with little water, direct sunlight, and no soil or media. The primary distinction between hydroponics and aeroponic systems is that the former employs water as the growing medium while the latter does not.

Aeroponics does not require containers or trays to hold water because it uses mist or nutrient solutions instead of water. It is an excellent and efficient method of cultivating plants because it uses little water and takes up little area. Plant boxes can be stacked in any environment, including a cellar or warehouse.

The plant box stacking arrangement is designed such that the top and bottom of the plants are hung in the air, allowing the crown to grow upward and the roots to grow downward freely. A fine mist of nutrient-rich, water-mix solution is used to feed the plants. The nutrient mix is recycled because the system is enclosed, resulting in significant water savings. As a result, this approach is beneficial for water-stressed areas.

Another advantage of the aeroponic approach is that it does not require fertilizers or pesticides. Furthermore, research has shown that this high-density planting approach facilitates harvesting and produces larger yields.

Aquaponics is a bio-system that combines recirculated aquaculture (fish farming) with hydroponic vegetable, flower, and herb cultivation to form symbiotic connections between plants and fish. It creates this symbiotic relationship by “fertigating” hydroponic production beds with nutrient-rich waste from fish tanks. The hydroponic beds act as bio-filters, removing gases, acids, and chemicals from the water, including ammonia, nitrates, and phosphates.

At the same time, the gravel beds provide habitat for nitrifying bacteria, which help with nutrient cycling and filter water. As a result, the freshly cleaned water can be recirculated back into the fish tanks.

Aquaponics, which consisted of wetland ponds with perch and tilapia, whose excrement provided nutrients for greens, answered the significant concerns of both hydroponics and aquaculture noted above. Researchers believe that by fulfilling the 3Rs (reduce, reuse, and recycle), the aquaponics system has the potential to become a model of sustainable food production.

It provides numerous advantages, including

Aquaponics is superior to hydroponics. On the other hand, Aquaponics systems remain in the experimental stage, with minimal commercialized success. This is because of the rather complicated technology required to build aquaponics systems, which necessitates the mutual dependence on two separate agricultural products.

At the moment, lettuce, leafy greens, herbs, strawberries, and cucumbers are the most often produced crops on vertical farms, but corn and wheat and biofuel crops and plants used to make pharmaceuticals might be grown in theory. Hydroponics uses 70% less water than conventional agriculture; aeroponics uses even less, and all water and nutrients that the plants do not absorb are recycled.

Optimal growing conditions are created via climate controls and LED lights tailored to produce the wavelengths of light that plants desire. Methane produced by a restaurant or agriculture waste can be used to power and heat vertical farms.

Proper illumination is an essential component of successful vertical farming. LED technologies are currently available to provide just 28% efficiency, which should be enhanced to 50-60% at the very least to make indoor farming methods cost-effective. Fortunately, experimental improvements in LEDs have reached that point.

Philips lighting specialists in the Netherlands have created LEDs that are 68 percent efficient. Such an increase in lighting efficiency will result in significant cost savings. In addition, PlantLab, a Dutch-based organization, has recently devised a lighting system that could aid in the production of food on a small scale.

Unlike the sun, classic assimilation lighting, LED only excludes one color of light. There is no waste of energy with the light spectrum that the plant does not use. As a result, the new lighting system gives the necessary illumination hues for photosynthesis that plants require-blue, red and infrared light.

In addition, innovative “induction” lighting technology mimics the color spectrum of sunshine to promote the growth of vegetables and fruits. Instead of a filament, the light employs an electromagnet to stimulate argon gas as its light source.

As a result, it consumes comparatively lesser energy and can last up to 100,000 hours, twice as long as an LED light. It also produces more heat than LED lighting but less heat than an incandescent bulb.

As a result, the lights provide enough heat to support plant growth while consuming insufficient energy to heat the entire structure. Furthermore, the light units are tuned to produce high-quality lighting akin to daylight to create an “ideal” microenvironment. Likewise, these units are long-lasting, with a life expectancy of around a decade, and are reasonably priced.

According to researchers, farming operations are to be mechanized shortly. Monitoring systems, for example, will be widely applied (as sensors near each plant bed) to identify a plant’s need for water, nutrients, and other requirements for optimal growth and development.

Sensors can also alert farmers to potentially hazardous bacteria, viruses, or microorganisms that cause disease. A gas chromatograph technique will also be able to analyze flavonoid levels, offering the best time for harvesting. Their evolution is ongoing, and they will most likely multiply.

“Closed-loop agricultural” ecosystems aim to emulate natural ecosystems that treat waste as a resource. Like aquaponics, waste from one portion of the system creates fertilizer for the other.

The closed-loop system recycles and reuses almost every aspect of the farming process, including dirty water, sewage, and nutrients. Food waste can be composted as well. In a closed-loop system, everything stays in the system, resulting in zero waste. This results in significant waste reductions and the production of energy and other byproducts such as bedding and potting soil.

Some vertical farms have gone live, while others have proposed using renewables like wind turbines and solar panels to provide power. Other solutions are being considered, such as thermal systems that gather solar heat and warehouse refrigeration exhaust.

Future proposals, such as those by Plantagon, foresee symbiotic integration of vertical farms with the metropolis. By this approach, the vertical farm will gather organic waste, carbon dioxide, manure, CO2, and excess heat from plants and factories and convert them into biogas for heating and cooling. In this way, the vertical farm might grow food and contribute to the development of long-term solutions for improved energy, heat, waste, and water utilization.

Some critics argue that the amount of electricity required to replace sunlight in vertical farms would be too expensive and impossible. Dr. Despommier, on the other hand, claims that savings cover the expense of LED illumination from the removal of fossil fuel consumption in fertilization, transportation, storage, and distribution, as well as less spoilage and waste. This, however, has to be demonstrated, as no one has yet conducted a life cycle cost comparison between vertical farm-grown crops and conventionally grown crops.

Another objection, no doubt in response to early renderings of futuristic vertical farms rising over cities, is that the significant capital expenditure required is too expensive and makes no economic sense. The supporters of the vertical farming approach admit that merging several crop-growing storylines involves engineering challenges that are to be addressed.

Vertical farming is still considered a relatively new technique. We are yet to succeed in mass-producing crops cost-effectively to fulfill rising food demand.

In this scenario, it will be interesting to see how crucial a part vertical farming might play to meet the challenge of rising food demand and influencing farming efficiency in the near future.

Having a sound knowledge of the pros, cons, and vertical farming techniques may help us contribute to global food security and combating climate change one way or the other. 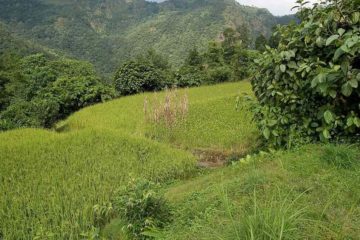 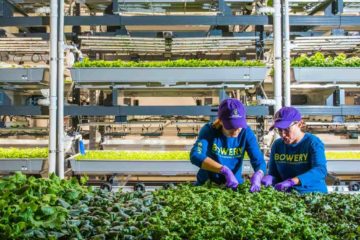 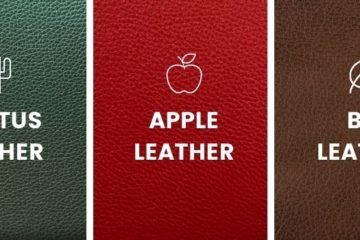 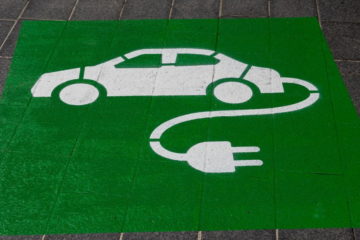 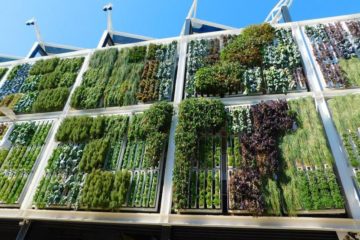 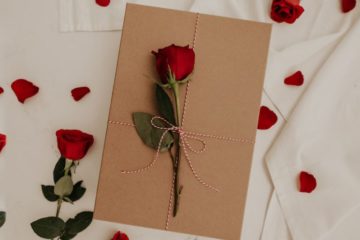