Palm trees are one of the most valuable trees in the world. The leaves are used for building materials, whereas the trunks are used for furniture.

Other than the uses, palm trees represent the history of human civilization. There are still many things that we may not know about palm trees. Lets know some palm facts that can open a window for you to be a palm expert.

1. So many species of palm tree

The palm trees fall under the family of perennial flowering plants in the monocot order arecales. Their growth ranges from climbers, shrubs, tree-like and stemless plants.

They have a tree-like form. Hence, it is called palm trees. Surprisingly, there are 181 genera of 2600 species of the palm tree. Most of the palms only grow in tropical and subtropical climates.

The palm trees exhibit juxtaposition in physical characteristics among every species. They inhabit every type of habitat within their range.

The most widespread species are the areca palm tree out of so many palm trees globally.

Another most widespread species of palm tree is a kentia palm tree. Native to Australia, the species bring extraordinary natural elegance to any household location.

2. Palm trees are a religious symbol

As foretold by prophet Zechariah, Christians often carry palm fronds as part of a symbolic ritual to homage to Jesus Christ’s triumphal entry into Jerusalem a week before Easter.

In Assyrian religion, the palm is identified as the sacred tree. The tree’s crown represents heaven, while the tree’s base represents the earth. The tree is associated with the goddess Ishtar and is found on the gate.

The palm date palm, a species of a palm tree, represented fertility in humans in ancient Mesopotamia. The Mesopotamia goddess Inanna made palm trees abundant in the region.

The palm tree stood as a symbol of Phoenicia that appeared on punic coins. The palm tree was a sacred sign of Apollo born under a palm on the island of Delos.

The Latin word Palma was used as a metonym for victory, making palm so closely associated with success in ancient Roman culture.

Palm trees are said to be the glory of one of the biggest cities in the world. Franciscan missionaries are the first to plant trees in California for ornamental purposes.

During the 20th century, the southern California gardener introduced exotic palm trees in the area.

According to historians, the reason for palms being planted along streets and pretty much every public park and gathering place in the city is the 1932 world Olympics in Los Angeles.

As the palms have a historical significance, there wasn’t a better plant to make the city rich in historical importance. It was the period of the great depression.

Planting the 40,000 Mexican fan palms provided employment opportunities to over 400 unemployed men. Now, palm trees have become an icon of the region.

4. Some species live a long life

There’s no surprise to long trees living for a long time. But wait, isn’t that shocking that some species of palm trees live longer than a century.

Some research has even proved that the palms are the oldest living trees as their cells are not replaced with new cells, which is often the case with other trees.

The species of a palm tree with the shortest lifespan is the areca palm. They live up to an average of forty years.

With palms planted all over Los Angeles city, they need maintenance. The tree trimming companies sent their workers to trip up the overgrown palm fronds.

During the process, the tree cutters have slid down onto the workers and immobilized them. If this happens, it’s almost impossible for the workers to remove the fronds.

The fronds force a worker’s head and chin to their head, resulting in suffocation.

As per the las vegas review-journal, two people in the las vegas area died in December of 2014 and in January 2015 while they were trimming the palms. They were both asphyxiated and crushed by collapsing frond rings.

Another such incident is when an inexperienced tree trimmer, 35-year-old Roberto Gracia, was buried in palm fronds 30 feet above the ground.

The bottom line is that do not ever try to handle things independently. If your trees ever need a cut, then consult with some experienced company.

Use the optimal equipment for trimming purposes. Desultory actions may lead to a massive loss.

Palm wine is a standard alcoholic beverage created from the sap of various species of the palm tree.

Famous by different names in different regions, the wine is common in Africa, the Caribbean, South America, Southeast Asia, and Micronesia.

Palm wine is produced more by smallholders and farmers, which helps promote conservation as palm trees are a source of regular household income that may be economically worth more than the value of timber sold.

The tapper is used to extract and collect the sap. The sap is collected from the palm tree flower cuts.

The white liquid contained is very sweet and non-alcoholic before it is fermented.

Palm wine is distilled to create a more potent drink, which goes by different names depending on the region.

In the Philippines, the most popular distilled palm liquor is lambanog made from the old tuba. Lambanóg is a very high alcoholic drink, consisting of 40 to45 percent abv.

7. Palm trees can reach the length of a skyscraper

The name of the species that grow in the valley is wax palms. The species can grow as tall as 200 feet. We must venture out for an arduous six-hour hike to get to the valley.

The same species is the treasure of Colombia and is regarded as the country’s national tree. The tree is a protected species.

Hence, the logging of the trees is strictly prohibited. Another species of palm that grows after wax palms is Mexican fan palms. The species are planted everywhere in the city of Los Angeles.

The plants grow up to 98 feet tall. Date palm, another species, is a fast grower and grows up to 80 feet.

Palm trees produce a variety of fruits, and the fruits can be juicy, sweet, exotic, and umami. Each species of palm tree gives a different fruit.

Some edible fruit from palm trees can be round blackberries, brown oval drupes, or dark red to orange clusters of a sticky fruit.

The most common fruit of palm trees is coconut and dates. Coconut is the most popular fruit grown on a palm tree.

The fruit that grows on palm trees is diverse. While the date palms are brown, red, or black drupes with a sweet sticky substance covering a hard stone and the drupes are only edible, the coconut palm fruit is different.

The fragile white edible part of a coconut is a part of the seed, and the coir is the coarse fiber surrounding a coconut fruit seed used for making household items.

There are so many other palm tree fruits poisonous to humans and animals. Sago is one of the many fatal fruits.

Younger palms tend to thrive under the canopy of other plants. Most palm species prefer shades to grow into this tall adult palm tree.

When the younger palms are planted under the shade, it protects the tender fronds of the palm tree.

A frond develops from the bud area of the crown. The mature fronds are responsible for the constant food supply for the plant.

Fronds take up four years to mature on average. The old fronds fall off or are purged off by humans to clean up the tree.

Letting fronds grow well is imperative in palm species. Thus, they should be developed in the shade during the early stages.

Water the palms not just in the roots but also in the leaves. Watering the whole tree is beneficial as it helps knock off the dust and dislodge insects.

Since the plants are grown in dry regions, watering provides them with much-needed humidity.

Double coconut, commonly known as coco de Mer, holds the reputation of producing the largest and heaviest seed in the world.

The species is endemic to the beautiful islands of Seychelles in the Indian ocean.

The trees grow to 30m on average. The tallest tree recorded was 56.7m. The mature fruit weighs 15-30 kg and is 40-50 cm in diameter. The fruit contains the largest seed in the plant kingdom.

It is believed that the double coconut possesses medicinal properties: however, there is no scientific evidence to support the claim.

There are only 8000 such palm trees on just the two islands of Praslin and curieuse.

While they are on the periphery of extinction, The species is on the IUCN Red List of threatened species.

Hyophorbe amaricaulis is a species of palm tree that is endemic to Mauritius and is also Endangered. It is the only single surviving specimen protected in the curepipe botanic garden.

Remember, we might still have abundance of these wonderful providers but a day might come when all species make to endangered lists. Start working preserving the palms from today.

Saurav Khadka, with his A levels in computer science from Saipal Academy, owns a keen desire to know more about the environment. He wants to preach his knowledge to others by learning through his hobbies; reading, writing, traveling, and watching movies. He believes sharing his insight regarding a sustainable environment will undoubtedly generate positive perceptions in the people.
View All Articles 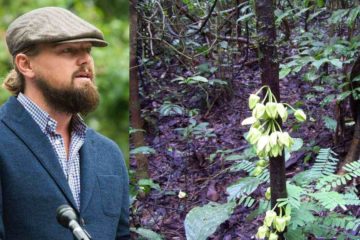 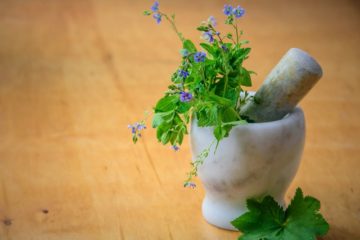 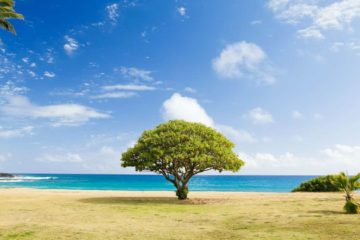 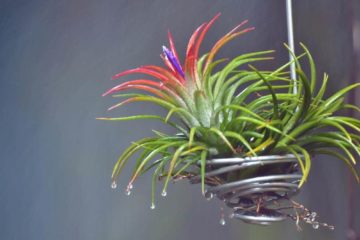 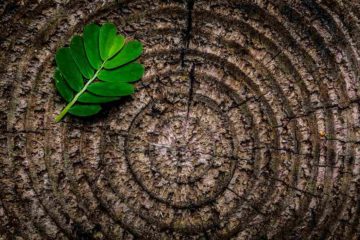 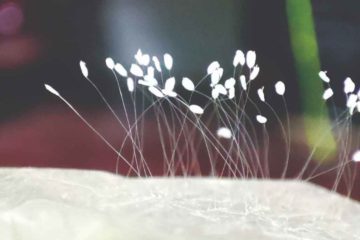