A biome refers to a community of flora and fauna that occurs naturally to form significant habitats. These can be aquatic biomes, forest biomes, tundra biomes, freshwater biomes, desert biomes, and grassland biomes. Biomes are, thus, distinct environments that have their own ecosystems to sustain different wildlife and plants.

What is a Tropical Rainforest Biome?

Tropical Rainforest Biome refers to an ecosystem composed of vast, sprawling forests. It covers about 7% of the Earth’s surface and forms one of the most massive biomes. This biome is mainly composed of vegetation. True to its name, these forests experience quite a bit of rain during certain seasons. The Amazon Rainforest is currently the largest tropical rainforest biome in the world.

Tropical Rainforests are typically located around the equator. Due to this, one of their primary characteristics is the hot and wet climate. These forests experience rainfall throughout the year, with minimal dry seasons in between.

The hot and humid climate is perfect for the growth of bacteria and other microorganisms. Similarly, it is suitable for a large variety of plants and animals. The average temperature in this biome remains at approximately 77° F all year round. The humidity also remains between 77 – 88%.

Tropical rainforests do not experience significant seasonal changes. As a result, they experience quite a bit of rainfall annually. These rains are heavy and can be anywhere between 60 to 160 inches. Some rainforests are even known to experience up to 400 inches of a downpour.

However, deciduous and semi-evergreen seasonal forests have some seasonal variations. These forests include the forests in the coastal parts of Africa, India, the Caribbean, etc. Montane rainforests or cloud forests are forests that are located in mountainous areas and are much colder than other rainforests. 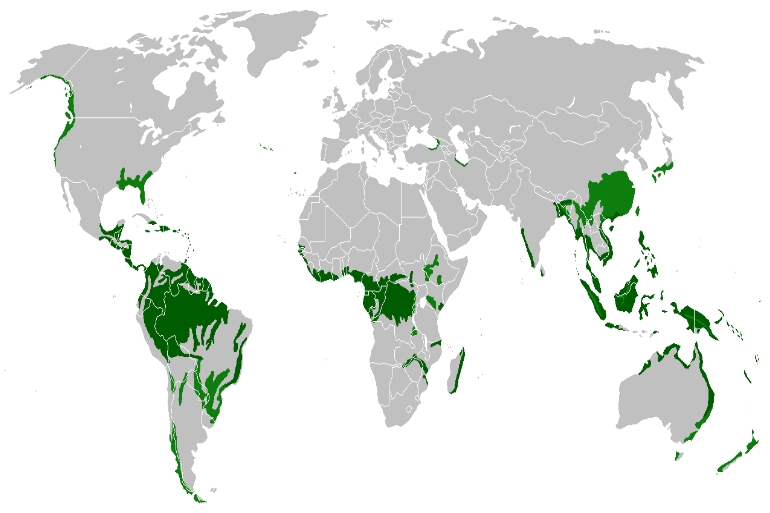 Tropical Rainforests are responsible for regulating rainfall. These rainforests are located on every continent other than Antarctica. Due to the favorable climate, a big chunk of it is located in South America. They tend to cover large areas.

For instance, the Amazon Rainforest in Brazil sprawls over seven million sq. Kilometers of land. Similarly, the Daintree Rainforest in Australia covers an area of 2600 sq. Kilometers. The Sinharaja Forest in Sri Lanka and the Monteverde Forest in Costa Rica are also some examples of abundant rainforests. 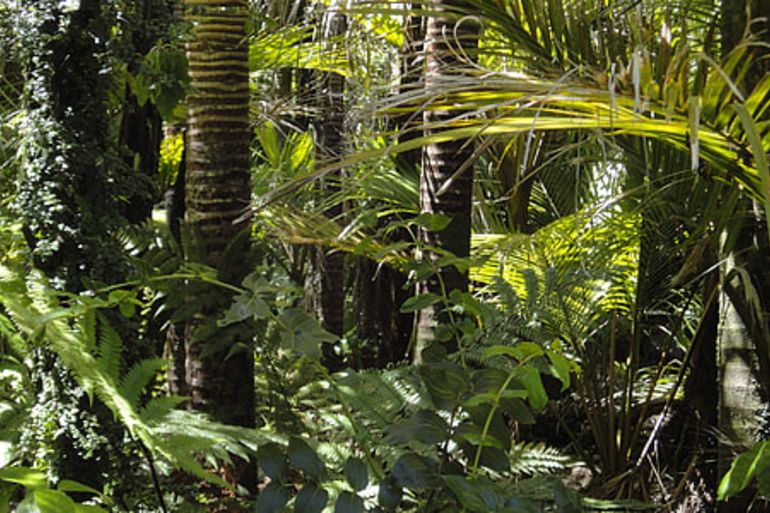 Tropical rainforests house a broad range of plant species. The Amazon Rainforest alone boasts of over 40,000 plant species. The high humidity and rainfall contribute to lush greenery. In fact, nearly two-thirds of the world’s flowering plants are found in rainforests. The plants found in this biome can be divided into three main categories: 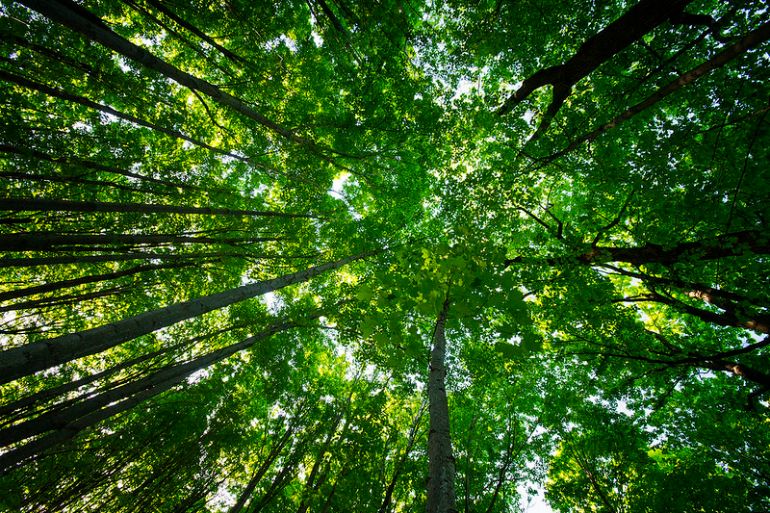 The canopy refers to the tall blanket formed by these branches and leaves of these forests. The trees in these rainforests can be up to 120 feet tall. The network of leaves can be so thick that they can allow little to no sunlight to reach beyond them.

This canopy has evolved to withstand extreme sunlight as well as high winds. This category usually includes large evergreen trees, but smaller orchids, some moss, and lichen can also be found existing at these high levels.

The understory includes mid-range trees to smaller plants. These plants are typically under 10 feet tall. As they are under the thick canopy, they only receive about 5% of the sunlight. The most common type of plants under this category are shrubs, vines, and herbs.

The ground layer of these rainforests only receives about 2% of the sunlight. Here the vegetation is quite sparse and mostly filled with fallen leaves. Due to the high humidity, the decomposition is sped up, and these nutrients are returned into the soil. The most common type of plant here is a fungus. The fungus does not need too much sunlight and thrives in moist conditions.

Some unique species of plants that are found in tropical rainforests are orchids, epiphytes, amazon water lily, silky oak, bromeliads, and so on. 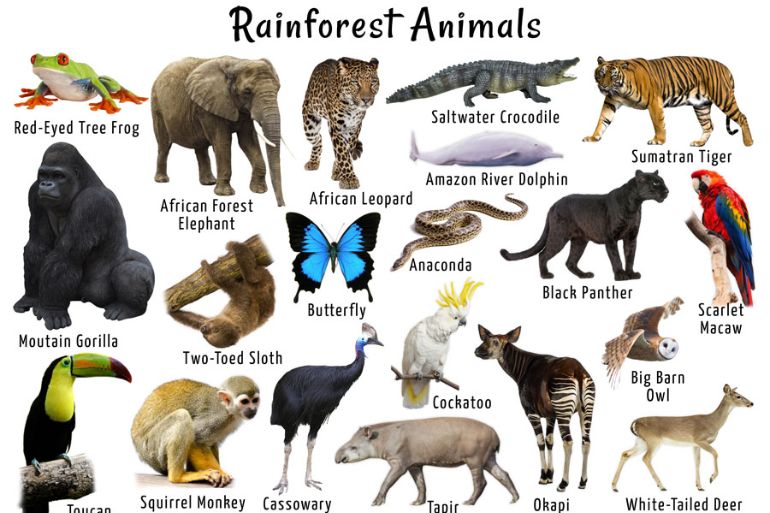 Tropical Rainforests house living organisms more than any other biome in the world. We have identified approximately 15 million different species of animals, and yet there are more to explore.

The humid conditions help bacteria thrive, helping to speed up the decomposition of fallen leaves, dead organic matter, and wood. This, in turn, helps the flora flourish. Small insects such as beetles and Monarch butterflies can be found in these forests.

Some smaller animals found in these rainforests are monkeys, possums, sloths, rodents, frogs, insects, and many birds. Larger animals can include tigers, leopards, gorillas, rhinoceros, and so on.

These rainforests also house a varied species of birds such as the African gray parrot, the Australian king parrot, hummingbirds, eagles, and so on. Not just this, but these rainforests flaunt a rich diversity of fish, including eels and piranhas.

Tropical Rainforest Biomes are essential for maintaining temperatures as well as rainfall. It is home to a large variety of flora and fauna and is essential to our ecosystem. Currently, overpopulation and deforestation are posing as significant threats to this biome. This is one of the most massive biomes, and a negative impact on it is bound to have global consequences.