Solar lights have made harnessing power from the sun possible. They are a reliable and renewable solution to meet energy demand all year long. You can find solar panels installed on the rooftops of buildings, gardens, and even street lights. Some of you may also have solar lights installed in your houses.

But have you ever wondered how do solar lights work? What is the mechanism behind such a revolutionizing system?

Well, it is simple science, and in the following segment, we will explain solar lights, its components, and its working mechanism in detail.

What are Solar lights?

Solar Lights, also known as a solar lamp or solar lantern, is a lighting system that comprises an LED lamp, solar panels, charge controller, battery, and an inverter. The LED lamp lights up using electricity generated from batteries.

The solar light’s battery uses the photovoltaic effect to charge the ions. This effect efficiently converts light into electric power based on which the solar lights operate.

Components of a Solar Light

There are mainly four major components of any solar light – solar panels, a battery, control electronics, and a light fixture. We will explain each part below to help you know the basics:

These are the semiconductor materials made from single crystalline silicon. Every solar cell has two layers of silicon.

A solar light system contains a battery placed within a metal or plastic casing. The battery may contain lead-acid, nickel-metal hydride, or lithium ions. The battery case also includes cathodes and electrodes where the chemical reaction takes place.

The two electrodes are separated to stop them from reacting with each other while allowing charge to flow between them. This reaction charges the battery. Finally, a collector helps to conduct the charge from the battery outside.

A charge controller is a device that controls and ensures the entire system is working properly. It protects the system from damage or over-discharge under extreme weather conditions such as rainfall and wind.

A light fixture is the lighting part of the solar light. It uses LED light bulbs installed on an electrical circuit. The LED lights are far more efficient and conserve energy as compared to filament bulbs. They don’t heat up; thus are safe around children or pets. 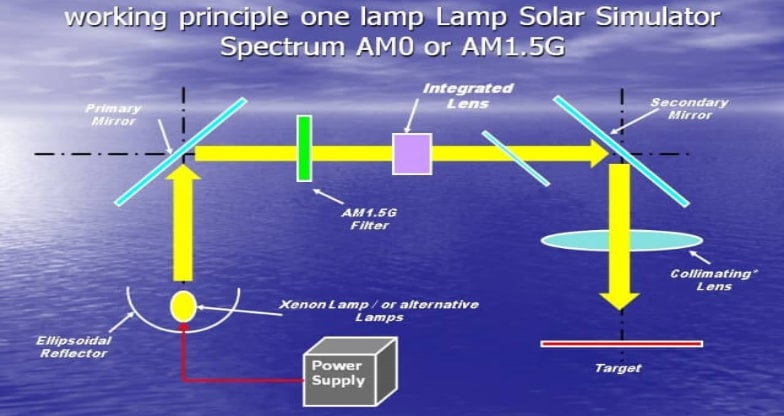 Now that we have mentioned the components of solar lights, let us dive into their working mechanism:

These five steps repeat on a daily cycle. During the day, solar energy is converted to electricity and stored in the battery. During the night, the stored power lights the LED bulbs.

Charging the battery should not be a problem in the summer. However, in winter, sun rays are not powerful enough, and the days are shorter. The solar light may not receive enough sunlight to charge the battery sufficient for the whole night. So you should place the solar light where it can receive direct sunlight throughout the day. Make sure no bush, tree, or any object blocks sunlight.

What To Do When Solar Lights Are Not Working?

Solar lights are a durable lighting system. But sometimes, some problems might occur that dysfunction the unit. So here are eight things you must follow when your solar lights are not working:

There are several reasons why your solar light might not work. The main reason can be the battery, so try replacing them. Another reason could be the wrong placement of the system. Place the system under direct sunlight and remove any obstacle that is blocking the sunlight from the panel. Try out the eight things we have mentioned above. It should solve your problem.

Solar lights require sunlight to charge. The name itself indicates this. Sunlight contains photon particles that help to charge the negative ions in the cathode. The longer the solar lights receive sunlight, the longer the LED lights will illuminate.

Generally, a solar light takes between 4 to 12 hours of direct sunlight exposure to get a full charge. It can then produce enough energy to light up all night.

Yes, they do. Solar panels are advanced systems that can produce 10% to 25% of their standard outputs even on a cloudy day. It is less than the energy produced after placing the unit on direct sunlight. However, ‘Less’ does not mean ‘Nothing.’

So this is all you need to know about the working mechanism of a solar light. It is an efficient system but is rather expensive when you compare it with an electrical lighting system. But in the long run, you will be glad that you got your hands on this maintenance-free system. Moreover, it saves energy, is long-lasting, is an excellent way to light your home, and reduces your electricity bills.