Hearing about the terminology “renewable energy” all your life but still confused about what it actually means? Then this article is for you.

The energy that is found in the sunlight, air, underground and deep in the oceans- within integral parts of a planet is known as renewable energy.

Such energies as stated, are an integral part of a planet’s physical structure. Which means it can’t run out, as nature is constantly replenishing them. That is what makes them renewable.

Renewable energy is the energy produced from the sources that don’t deplete or can be replenished during a human’s lifetime.

Renewable energy is also termed as “alternative energy”. Because it counters the traditional use of fossil fuels like coal and oil. And it is also less harsh on environmental settings. But what we need to remember is that renewable energy doesn’t necessarily mean that it’s 100% efficient for a sound environment.

Let’s take an example of dam construction in a hydropower site. The dam construction may help in harnessing the water flow. But it also means diverting the natural flow of water from one river source to another. This may drain the upstreams but flood the down streams. This may have an adverse impact on the aquatic life and the biodiversity in the surrounding.

All in all though, renewable energy/ alternative energy has a light ecological footprint on the environment. It means that it has a less adverse impact on the ecology, compared to non-renewable energy. That may be why practitioners consider the approach of renewable energy more convenient. It is our ticket to a safe and sustainable future.

What is in the system of renewable energy?

Synergy means operating through the interaction of elements. The elements, when combined produce a total effect that is greater than the sum of individual elements. This process forms a system.

Most renewable energy is directly or indirectly outsourced from the sun. Solar panels or technologies can capture the sunlight. The heat from the sun handles wind flowing patterns, which when captured by the mills or turbines, generate electricity. Plants as producers rely on sunlight as well, turning their stored energy into bioenergy.

But not all renewable energy needs the sun to function. Geothermal energy is extracted from the heating surfaces of Earth. Hydropower relies on the flow of water. And tidal energy depends upon the moon’s gravitational pull.

The system of renewable energy is thus comprised of various forms, listed as follows:

Solar energy depends upon nuclear fusion power from the core of the Sun. This form of energy is captured, stored, and converted through different mediums. The solar hot water system can be efficient to :

Solar energy is much more important than we can ever imagine. It helps in domestic purposes. And it also helps to use complex technologies like photovoltaic systems to convert solar power into electricity.

The wind is considered as a part of solar energy. It is so because the Sun determines the uneven heating and cooling (wind) of the Earth. It also depends upon the temperature level of the geographical settings and also the Earth’s rotation.

Depending upon the scale, small-scale windmills are used to irrigate farmlands. Whereas large-scale turbines capture wind and convert it into electricity. Commercialization of the wind-powered generating systems has helped many households and organizations. However, it requires extensive aerial coverage to produce significant amounts of energy.

If you’ve ever gone through the “protoplanet hypothesis”, you will know that the mass of clouds and dust exploded in space. With that, compact masses formed due to hydrogen fusion. And they were called as planets. During the explosion, materials with high density settled at the core of the planet. Whereas materials with less density gathered at the periphery. The core of the Earth consists of energy leftover and augmentation of radioactive decay, that is why it is always hot. Geothermal energy is thus derived from the internal heat of Earth.

Direct use of geothermal energy includes:

The possibility of extracting geothermal energy depends upon:

Hydropower isn’t rocket science, compared to the other complex techniques used in the present context. However, it is an eco-friendly medium. And it requires EIA (Environmental Impact Assessment) as a part of its feasibility study that helps in creating a win-win situation for the public and environment settings.

Hydropower is the medium that captures the kinetic energy of the flowing rivers and converts it into electricity.

What happens in this process, is that dams are constructed to store water in a reservoir. When the water in the reservoir is released, it passes through the turbines and generates electricity.

Another use of hydropower is run-of-river hydroelectricity. It helps in the flow of water through channels, without the construction of dams.

Hydroelectricity, therefore, has made it convenient for the safe and sustainable distribution of electricity. It has also increased employment-generating opportunities for the public.

Tidal Energy from the ocean

Whereas mechanical energy from the ocean can depend upon the ebb and flow (rhythmic patterns) of the oceanic tides. Oceanic tides also depend upon the gravitational pull of the moon and the rotation of the Earth. Energy derived from wind-driven waves is also used to generate electricity.

Other technologies can help in the usage of oceanic wind, currents, and salinity level as a form of power conversion. The warm surface water is used as an alternative source of energy generation. And the cold water below the oceanic surface is often used as a by-product. The cold water is desalinated and usually used to cool buildings.

As 3/4th of Earth is occupied by water bodies, this form of energy may be useful for a long term basis. But it still faces locational difficulty because not every nation has an ocean.

Biomass generally refers to the energy derived from the organic matters of the living plants.

It is a form of renewable energy but we can’t overlook the fact that it pollutes the air through excessive carbon emissions. This energy is only used by many countries for cooking and warmth, many of its purposes are still unknown.

Bioenergy is a type of renewable energy. It is derived from biomass to generate heat and electricity. And to produce liquid-like ethanol and biodiesel for transportation.

Here is a rundown of a few advantages and disadvantages (pros and cons) of the renewable energy that is consumed globally:

The sun always rises and sets. The wind always blows. And the earth always rotates and has a gravitational pull. As long as these processes exist, renewable energy will be the greatest alternative to nonrenewable resources.

If the source of non-renewable energy runs out, the whole process needs to be re-integrated and moved. Example: Fossil fuels, petroleum.

But renewable energy sources are reliable enough to be the constant and permanent source of power.

As long as the sun shines, and the wind blows, nations can capture and generate green energy on larger scales.

An increase or decrease in the amount of fossil fuel supply can directly affect price inflation.

As for renewable energy sources, the cost of production depends upon the cost of infrastructure. It doesn’t depend on the inflated cost of the natural resources itself. This means we don’t have to expect inflation in price, even if we extract the renewable resources in bulk.

Renewable energy sources have lesser carbon footprints in environmental settings. They are eco-friendly as they don’t pollute the environment with pollution and carbon dioxide. Also, nature replenishes them, within a human’s lifetime.

Apart from this, renewable energy sources/ resources won’t reduce in number even if conserved for a long period of time.

Once we build a proper station and the resources are in place, the cost of extraction and distribution of renewable energy is less. Lesser compared to non-renewable energy sources, like fossil fuel extraction.

Cost-effectiveness in these terms helps in balancing out the higher cost of development and implementation.

Alternative energy technology/innovations are considerably cheaper for maintenance in the long run. So it can create a larger job scale, worldwide.

According to International Renewable Energy Agency,

11 million people were directly and indirectly employed in the renewable energy sector around the world. It showed an increase of 10.3 million the year before (2018).

It seems to hint at a sustainable future, where fossil fuels will exhaust. But at the same time, it assures the creation of job opportunities in the long run.

Most of the renewable energy sources in the present context are vulnerable to:

Most of the renewable sources require sun or wind to generate energy. It means abundant rain and lesser wind can directly affect energy production. Considering these rundowns, users should consume less energy, if possible.

Huge financial assistance is required to set up and develop alternative energy stations. It also requires a huge sum of money for the mobilization of both researchers and manufacturers. Manufacturing and operating cost in fossil fuels are lesser, compared to renewable energy sources.

This means that there may be extra costs to set up stations. And also to transport the energy that may disrupt the source and rip up pockets of the developing countries.

Not capable of producing large quantities

Electricity and fossil-fuel-powered technologies can produce an abundant amount of energy, even in a short period of time. However, the case reverses with renewable energy sources. Technologies although innovative is new. And other external factors like weather can act as a spoilsport for optimal utilization of the generated energy.

What is happening in the world?

A new approach in terms of renewable energy in the modern-day scenario is ‘Carbon Trading’. Carbon Trading is ratified in various countries through the Kyoto Protocol. Carbon trading refers to a market-based strategy to limit the emission of Greenhouse Gases (GHGs).

It involves either the exchange of credits or conditions that helps in regulating carbon and other emissions.

That will eventually help in controlling global warming and create a win-win situation.

According to Global investment in renewable energy,

Recently, the Global Investment Summit was held in Nepal. The summit was a platform to many entrepreneurs and initiatives for a green-economy based future.

It requires electricity providers in Michigan to supply 10 per- cent of the state’s electricity with renewable energy sources like wind, solar, and bioenergy by 2015. This practice so far has been effective in producing clean energy.

SDGs are the remodeled version of the Millennium Development Goals (MDGs). It is ratified on a global basis and is working to establish sustainable development as a part of an international mechanisms.

On 24 and 25 September 2019, Heads of State and Government will gather at the United Nations Headquarters in New York. The meeting will follow up and comprehensively review progress in the implementation of the 2030 Agenda for Sustainable Development. And also review the 17 Sustainable Development Goals (SDGs). The event is the first UN summit on the SDGs since the adoption of the 2030 Agenda in September 2015.

Nina Howell is a Rewenable Energy researcher and consultant based out of Houston, Texas Area. She earned her Master's Degree in Energy and Earth Resources from Austin Jackson School of Geosciences in 2010, and a Bachelor's Degree in Environmental Science from State University of New York College of Environmental Science and Forestry in 2008. Nina has been working in the energy sector since 2011. She worked as an Energy Supply Analyst from 2011 to 2017 in Bounce Energy and then as a Research and Energy Consultant at GE Renewable Energy from March 2017 to February 2020 . Nina is a mom of 2 beautiful children who are joy to her life. She strongly believes in eco-friendly living and is vocal about renewable energy, environmental issues, water crisis, and sustainable living.
View All Articles 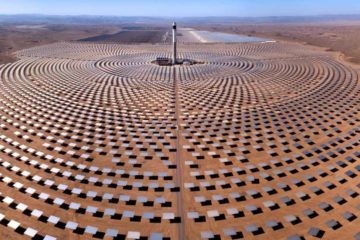 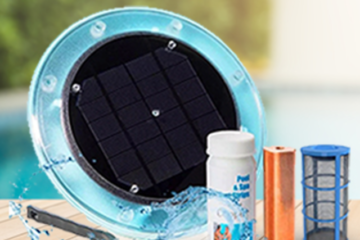 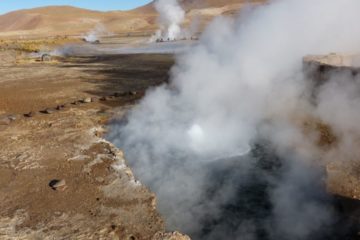 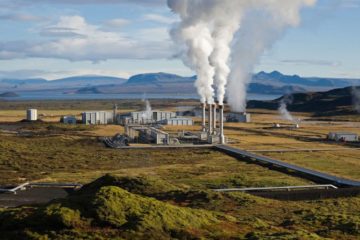 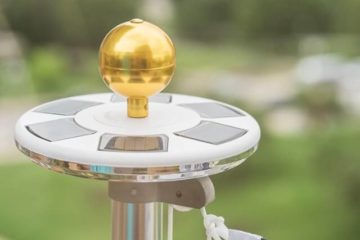