Skip to content
Home Pollution How Crucial is the Fight Between Sea Corals and Plastics?

According to many people, one of the most valuable innovations of human civilization is plastic. Plastic is used in nearly every sphere of human life:

And we wonder, how does plastic get into our food chain, right? Stupidity or ignorance? And, more notably, what can be done about it?

Researchers from the United States, France, Chile, Australia, and New Zealand estimated in a 2014 report that about 5 trillion plastic particles are drifting around in our waters, totaling over 250,000 tons. These tiny particles of plastic, varying in size from 1 to 5 mm, can be consumed by aquatic species.

Climate experts stated in a report published in the Journal Science that the critical undersea communities are being blanketed with abandoned everyday objects from Australia’s Great Barrier Reef to reefs bordering Indonesia and Thailand.

According to early research, an estimated 8 million tons of plastic are discarded in the sea each year, polluting even the most isolated areas. According to early studies, microplastics, created by breaking down polymers, can be misidentified for food by marine organisms, causing injury.

An unprecedented 11.1 billion pieces of marine plastic waste are stuck in coral reefs throughout the Asia-Pacific area, boosting corals’ vulnerability to conceivably terminal illnesses by up to 89 percent. That is practically ample plastic to travel from Earth to the moon and back again.

Researchers discovered plastic water bottles, shopping bags, fishing nets, and even Nike sneakers among the 124,884 corals evaluated by scientists at 159 reefs from Thailand to Australia. Coral reefs have been alive for 500 million years, but experts worry that they may be extinct or destroyed by the turn of the era.

What makes corals such a critical element of our ecosystem?

Colorful islands blanketed with algae toil tirelessly underneath the ocean’s surface to protect and promote the marine ecosystem. Corals are creatures that are vital to the world, despite their appearance as vegetation or mineral deposits.

Their vibrant, colorful surface conceals a plethora of complicated mechanisms that aid in forming and maintaining one of the world’s most influential ecosystems.

Coral reefs wrap only 0.1 percent of the seafloor but are the dwelling points to 25% of all marine species. They provide food, coastal protection, tourism business, and cultural significance to about 275 million inhabitants.

Reefs in the sea operate as a cushion, shielding coastlines and coastal towns from the effects of large surf, cyclones, and tornadoes as they approach onshore.

These physical barriers help prevent calamities and protect assets, such as houses, docks, and harbors, while minimizing shoreline erosion.

In the same fashion that forests extract carbon dioxide footprints from the environment, they capture and retain dangerous contaminants like carbon and other greenhouse gasses. This technique controls atmospheric carbon in the seas surrounding reef systems, allowing creatures to flourish.

Ultimately, corals recycle substances and minerals from decomposed components, producing new life from dead ones in a self-sustaining reef ecosphere. As a result, we must protect the planet’s reefs from the growing challenges of global warming, plastic pollution, and catastrophic bleaching.

Because the investigators could only capture plastic pieces longer than 5 centimeters, they could not estimate the impact of microplastics and nanoplastics. For coral illnesses, plastics constitute a perfect storm.

To begin with, plastic waste can sever the fragile exo-covering of corals, subjecting them to infections.

Second, bacteria usually inhabit marine plastic garbage, which can cause sickness in reefs. Finally, plastic can overshadow corals, obstructing sunlight and generating circumstances conducive to the growth of infections.

When a coral cluster gets infected with one of these illnesses, it can destroy the entire population. Once an affliction begins on one coral cluster, it can quickly expand to others.

Throughout 2011 and 2014, an international team of researchers investigated corals on 159 reefs of the coastlines of Indonesia, Thailand, Myanmar, and Australia.

Plastic debris was discovered baited on a third of the individual animal. The crisis was far more catastrophic on Indonesian reefs than on Australia’s Great Barrier Reef, where plastic trash seems to be better handled.

On the other hand, corals were not merely confusing the little microplastic for a meal, but they were actively feasting when the plastic drifted nearby them.

To put it another way, the chemical constituents in plastic are frighteningly attractive, a finding that scientists stress has to be clearly understood to prevent additional pollution and coral diseases.

Corals are dying as a result of ocean acidification. Blame the plastics!

Ocean acidification emerges when carbon dioxide from the surroundings, such as that disgorged by plastic plants, combines with water to yield carbonic acid, lowering the acid levels of the seawater.

After 1980, the pH of seawater has decreased by around 0.02 points every decade, leaving our waters as acidic as baking soda.

It might appear insignificant, but for sensitive ecosystems such as corals that depend exclusively on the sea’s chemical composition, it can necessarily imply the enormous difference between life and death.

Rising acidity in oceans hinders coral’s capacity to construct their calcium framework by reducing the presence of carbonate ions, a requisite constituent of the calcium exo-skeletal system.

The elevation in carbon dioxide concentration in the oceans can restrict coral development by up to 40% via calcification.

Corals diminish the thickness of their calcified skeleton in reaction to their reduced ability to develop, making them particularly vulnerable to degradation.

They also devote more effort to generating more calcified structures; unfortunately, this diverts focus away from other activities, like procreation, which is harmful to a dwindling population.

Plastic trends around the globe

The Florida Reef is the planet’s third most significant barrier reef, and it has been declining for forty years now owing to illness, plastic pollution, and increasing ocean temperatures.

Hawaii on its own is home to 60% of the United States’ corals, covering over 140,000 acres, and is currently valued at over $9 billion, contributing hundreds of millions to the economy each year. Recreational and commercial coral reef fisheries generate over $200,000 each year.

Unfortunately, we may not be capable of understanding the majesty and advantages of coral reefs for much further as plastic waste grows to enter and ruin reefs at an astounding speed, contaminating, injuring, and sickening coral colonies and exposing pristine white corpses in their wake.

An average American generates 2.58 kg of plastic rubbish every day. Even a tiny quantity of mishandling accumulates to a large volume of junk infiltrating aquatic habitats.

Plastic debris floating in the oceans in the United States alone is estimated to be between 40,000 and 110,000 metric tons annually.

Perhaps if only 2% of these nuisances end up in the sea, 10,000 tons of plastic or the equivalent of 73 blue whales traveling to the ocean every year.

According to the experts, the volume of plastic captured on coral reefs will increase by 40% by 2025 to 15.7 billion fragments. And, because researchers did not include China and Singapore in the study, the actual figure is substantially greater.

Frequent coral bleaching episodes have been induced by increasing sea temperatures, in which the microalgae that dwell in corals and render them with nourishment and coloration are becoming poisonous.

The algae are expelled, and the corals appear to be translucent structures. Coral reefs can perish if deprived of food unless the water temperatures drop and the algae reappear.

Coral bleaching – a phenomenon almost unheard of until 1980 – is already escalating at a pace that will not allow reefs to recuperate until the next warm spell.

Season after season, the plastic economy ramps up, and our reliance on mono-use plastics sets in and gets more entrenched in our regular lifestyle.

However, matters are starting to shift now. The blame is pointed firmly at the makers to decrease plastic pollution and develop innovative alternatives to reduce and eradicate unwarranted single-use plastics.

It is a sanctuary to 76 percent of the planet’s renowned coral species, at least 500 reef-building coral genus in each environment, 37 percent of the planet’s coral reef fish types, as well as economically beneficial organisms like sardines, whales, dolphins, tunas, and other sea creatures, as well as six of the globe’s seven known species of sea turtles. Furthermore, the Coral Triangle environment actively supports the livelihoods of over 130 million inhabitants.

Considering that plastic debris floating in the oceans is a persistent concern coexisting with changing climate, more introspections are required to apprehend how the two affect aquatic habitats and take prompt initiatives to limit plastic interference in the coastal and marine environment. 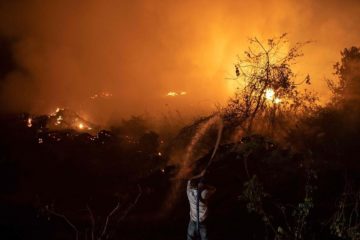 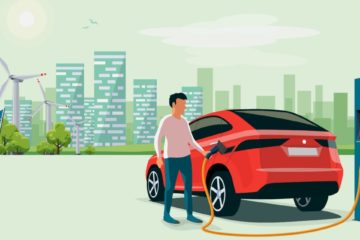 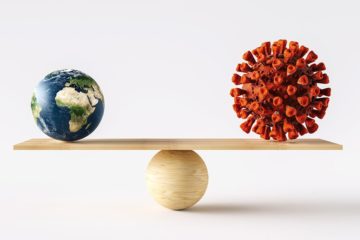 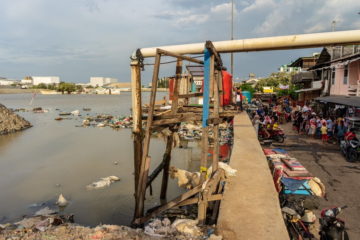 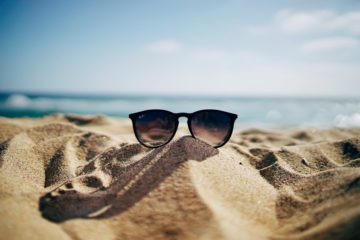 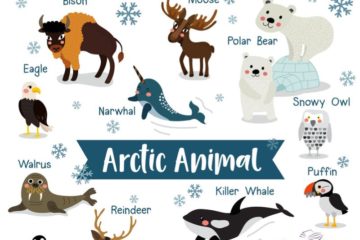