Ever experienced the cold fresh air blowing through your face when you’re hiking up in the mountains? These strong winds hold enough power to change the world we live in.

There are plenty of wind energy facts, covered in this article, that will blow your mind. But first, let’s look at the current situation of energy consumption around the globe.

The present most dominant source of energy is coal, followed by natural gas, nuclear, and hydro. But will these sources remain in the front positions for long?

Let us explain why.

First of all, the side effects brought by extracting natural gas and burning coal are causing the entire world to suffer. The alarming rate of ozone layer depletion and the increasing pollution in our surroundings are just a few effects caused by them.

In recent decades, humans have become much more conscious regarding the harm caused by the consumption of these energy sources to the environment. It’s time for a change!

With the advancement of technology, the installation and production of wind-powered energy are getting surprisingly more straightforward. It can turn into the dominating source of energy in the coming future.

Let’s hope for that.

For now, let’s get informed about what wind power is. You’ll gain insight into a vast world of wind energy production with the 50 facts mentioned in this article.

What is Wind Energy? 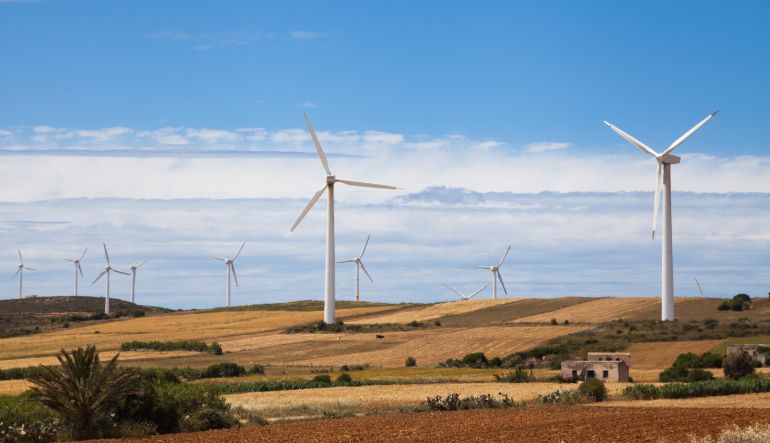 If you’ve traveled by sailboat or have seen a windmill, then you might have some idea of what wind energy means.

When you’re on a wind-powered ship, its sail propels itself directly towards the wind’s direction. Wherever the wind is flowing, the ship sails exactly to that direction. Similarly, the blades of a windmill rotate either horizontally or vertically. No matter which direction it turns at, it works only in the presence of wind.

Why do they only work int the presence of wind?

It is because they are powered solely by wind energy. Alternatively, you can say wind power. Wind energy is one of the most readily available renewable sources of energy, which is also the cheapest among all.

Besides being the cheapest source of energy, it is also one of the cleanest means of energy. The wind turbines that generate electricity out of wind power do not emit harmful gases.

Being one of the safest and most accessible sources of energy, a large number of countries have started adopting its usage to fulfill their power requirements. Although having multiple purposes for this source of energy, the most prevalent use is to generate mechanical power or electricity.

How Does Wind Energy Work? 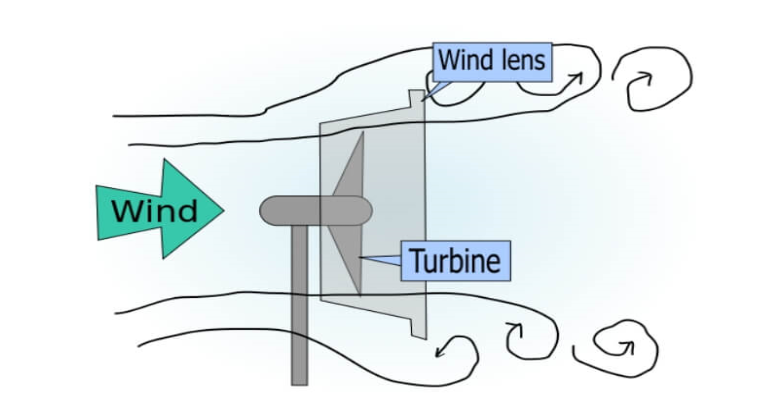 Now that you’ve gained insight into the concept of wind energy, you might be wondering how it works. The extraction of wind power is among the easiest, among other renewable energy sources. Depending on the intensity of the wind, it brings a particular device into action that converts the kinetic energy into other forms of energy.

Let’s take a wind turbine, for instance. Such turbines are incredibly tall and slender shaped structures with four rotating blades attached at its top. When these blades get hit by wind, the pressure across one side of the blade decreases, leading to several phenomena, and in the end, it rotates.

The rotation of its blades causes its internal rotors to spin. The rotors connect to its generator that converts the mechanical energy of the rotation into electricity. The electricity then transfers to the grid, which later powers households, industries, and other purposes.

Apart from converting it to electrical energy, you might use the mechanical energy generated from wind for various purposes, such as pumping water, grinding gains, etc.

50 Facts About Wind Energy That You Must Know

1. Currently, over 340,000 wind turbines are operating on the planet Earth.

2. The first used windmill found in history is in China, which dates back to 2000 BC.

3. Alta Wind Energy Center is the largest wind farm in the world that is situated in California and includes 586 wind turbines.

5. Most of the wind turbines are installed offshores or on the prairies because they receive constant strong winds.

6. Wind energy is the largest job-producing source of energy when compared to other renewable energy sources.

7. The largest wind turbine’s prototype, built in Denmark, can produce about 8 Megawatts of power, enough to power 3000 American households. 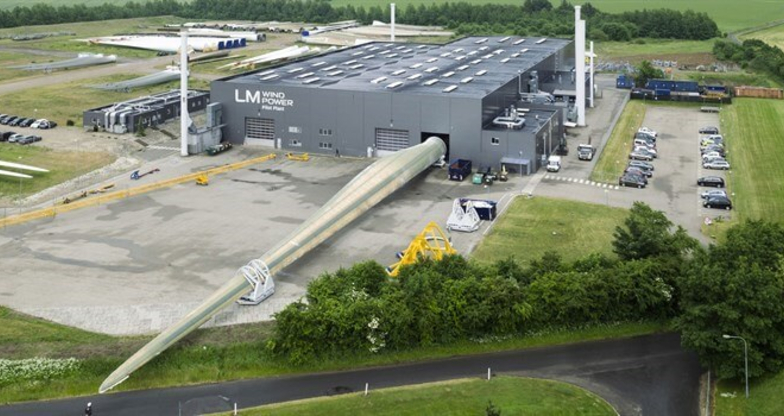 8. The US has in total more than 57,000 wind turbines installed, which contributes about 4.7% of total generated energy.

9. “Wind Turbine Technician” is the fastest-growing job in the US, according to the department of labor.

10. Windmills and wind turbines work differently. The first one converts wind energy only to a mechanical form of energy while the latter converts it further to electricity.

11. A group of wind turbines installed closely at a particular location is known as a wind farm or a wind park.

12. Wind turbines make incredibly little noise, and you can speak with someone right next to them without getting disturbed.

13. In 2013, wind energy contributed to about 90% of the entire households of Spain regarding energy consumption.

15. Albert Benz, a German physicist, introduced the concept of wind energy in 1919 for the first time in history.

16. A wind turbine is more complicated than a traditional windmill, with over 8000 different components installed.

17. Wind energy contributes to about 20% of the total energy produced in Denmark and Portugal.

18. You can find the largest wind turbines installed on the island of Oahu, Hawaii, whose height is as long as a 20 stories building.

19. An average wind turbine installed onshore can power up to 1500 households in the European Union.

20. An average offshore wind turbine can power more than 3300 households in the EU.

21. You can install a small wind turbine at your backyard to power your house or even a small business.

22. Among all the electricity-generating modes available, wind energy is the fastest-growing mode.

23. Renowned for not utilizing any water during its production, wind power can save up to 30 trillion bottles of water in the US by the year 2030.

24. Wind energy provides more than 30% of total electricity to states like Oklahoma, Iowa, and Kansas.

25. An unstable fuel market in the 1970s led the production of wind energy to become widespread across the world.

26. The first commercial offshore wind farm can be found in the Baltic Sea, 2 km away from Vinebay, Denmark, installed in 1991 with 11 turbines in total.

27. Small wind turbines can be used as backup power for RV, sailing ships, and can even charge some batteries.

29. The offshore turbines, installed on floating structures, transfer their electricity back to land via undersea cables.

30. Over the last seven years, the average price of wind-generated power in the US has dropped by a whopping 69%.

32. Larger wind turbines are sometimes causing eagle fatalities due to their collision to its blades.

33. Wind farms cause almost zero damage to humans, with around thousands of people living near such facilities without facing any ill effects.

34. The American wind-generated power eliminates the carbon pollution of the country of over 43 million cars.

35. The US has the potential to install large offshore projects producing about 860,000 MW of energy.

36. The first-ever wind turbine, Brush Turbine, was constructed in 1888, and had 17m diameter and included 144 wooden blades.

37. Australia generated about 850 MW of wind energy in the year 2018 that contributed to 33.5% of its total renewable energy.

38. The United States has an enormous wind power generation potential of 10 million Megawatts, that can power the entire country over ten times.

39. Wind turbines have a higher installation cost, but its operational cost plummets once installed.

40. Having one-third of the global capacity of wind power, China leads the way in terms of having the largest installed capacity of about 221 GW.

43. Latin American countries have increased their installed capacity of wind energy by about 10-times as compared to the year 2007.

44. The Bahrain World Trade Center is the first skyscraper to install wind turbines on its structure. There were three turbines, each with a diameter of 30m.

45. The world’s first megawatt-sized wind turbine was Smith-Putnam Wind Turbine, constructed in 1941 and remained the largest of its kind until 1979.

46. Because of America’s world-class wind resources, the wind-generated electricity cost in the US is much cheaper than that in Europe.

47. The wind turbines have advanced exponentially in recent decades, with a modern turbine producing 15 times more electricity than typical turbines in the 1990s.

48. The United States manufactures about 70% of the equipment used in the turbines of American wind farms itself.

49. Even after the production of wind energy has increased by 25% in the recent decade, it still contributes to only a tiny amount of global energy consumption.

50. The wind turbines spread over a large area produce constant output and are easy to accommodate.

What Future Does Wind Energy Hold? 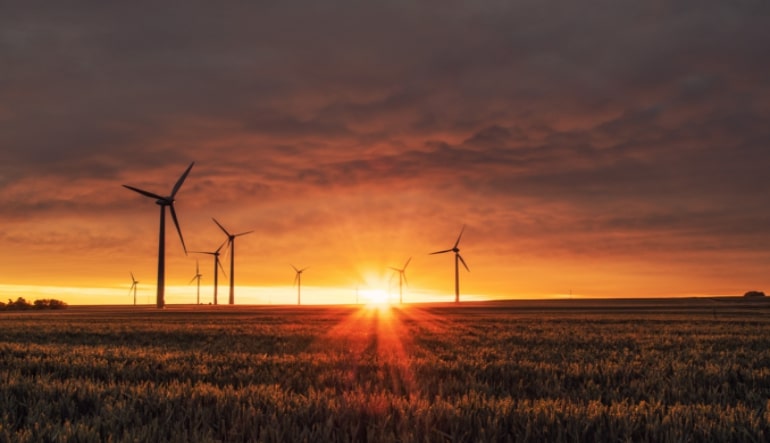 Looking at the present global energy situation, we can say that wind energy has a higher chance of leading among all energy sources in the future.

In recent decades, people have started to be conscious regarding the ill-effects caused by fossil fuel and other non-renewable sources of energy. They produce much pollution and also has a limited supply over the globe.

In contrast to such energy sources, clean energy sources, such as solar power and wind power, have gained limelights. Both the state and federal governments of the US have started to invest in wind energy with confidence. Currently, Texas has the highest installed energy capacity in the nation.

“Wind Turbine Service Technician” is projected to be the second most burgeoning job position in the year 2026.

The technology required to harness wind energy is undergoing the process of exponential advancement. We could take AWES for its example. Airborne Wind Energy Systems (AWES) is the modern design of wind power harnessing devices. It eliminates the need for installing any towers to power its rotors.

In this concept, the turbine is suspended high above the air, attached by strong ropes. The turbine powers up from the high winds and transfers the energy down to the generator.

Another cost-effective design includes a turbine without any blades. All these designs are targetting to harness as much wind energy as possible by optimizing its installation. A large number of investors and manufacturers have started to shift their attention from oil production to offshore wind farms.

Therefore, with all these events going on globally, we can confidently claim that wind energy will grow exponentially in the coming future.

From the facts mentioned above and future predictions, you can stay assured that wind-powered energy will soon become an essential topic of concern.

But the question arises, how should you be prepared for that?

Well, for starters, you can start by constructing your very own miniature wind turbine in your backyard. Slowly and gradually, you can replace other sources of energy with it.

A few steps further and start investing in this source of energy. There is a massive chance that either wind power or solar power is going to be the mainstream source of energy in the later future.

Why not stay in the game from now?

No matter what the disadvantages of wind power are. When compared to other sources of energy, such as fossil fuel and nuclear energy, it is thousands better for both the environment and society.