Humanity’s detrimental consequences on the world have impacted the existence of numerous species. Multitudes of amphibians, salmon, wildflowers, and other creatures, many of which have not been seen in ages, have been declared extinct.

Natural events such as climate warmth or cooling and fluctuations in water levels have triggered vast animal extermination. On the other hand, human behavior has been bearing the blame without an argument. The principal reasons for contemporary extinctions, together with environmental pollution and degradation, are the entry of invasive species, illness, poaching, overfishing, habitat destruction, and sheer ignorance.

Regardless of the regular and consistent missions to investigate whether the extinct species are still lurking somewhere, there have not been any positive results. The grounds for these extinctions vary from diseases to habitat loss but most boil down to human interference.

In 2021, the Fish and Wildlife Services declared 23 species in the United States extinct and should now be removed from the nation’s endangered species list. And we can only imagine what the picture might look like if we consider the wildlife extinction throughout the planet.

Below you will uncover a thorough list of 15 recently extinct animals lost due to human and environmental factors.

Three spectacular Central American frog types have recently been declared extinct, including this one with a fabulous name. The splendid poison frog, a tiny red animal from Panama, was particularly prized in the captive breeding and pet industry. The IUCN admits it has no idea if it is still surviving in a personal collection.

The smooth handfish, a close sibling of the red handfish, has been proclaimed extinct in 2020. It was named in reference to its striking similarity to human forearms. The fish was effortless to identify as it possessed a mohawk-like protrusion on its head.

Today, there is only one recorded surviving specimen of the extinct smooth handfish. Even though the exact reason for the disappearance is unknown, experts claim habitat degradation and detrimental fishing of other sea life such as scallops contributed to its elimination.

The indigenous Brazil Spix’s macaw was sighted for the final time in the open in 2016. Although the bird was proclaimed extinct in the wild in 2019, there are apparently 160 of them in confinement.

When Blu, a member of this genus, was featured in the 2011 animated feature film “Rio,” the variety received much attention. Regrettably, the illicit pet market and habitat degradation were significant factors in the species extinction. While steps have been taken to bring them back from extinction, conservation, breeding efforts, and operations that aim to return the birds to the wilderness offer very tiny hope for the group’s survival.

Catarina pupfish is a Mexican freshwater species. The group fell into extinction because groundwater extraction destroyed its native surroundings. The fish lived in the open until 1994, when it was relocated to protection and containment owing to increasing extinction. The last remaining population lasted till 2012 until it became extinct in 2019.

The Chinese paddlefish was among the planet’s most prominent freshwater fish species, and it predominantly resided in Asia’s Yangtze River. Throughout 2005 and 2010, the species remained critically endangered. After numerous investigations struggled to relocate and identify the organism, researchers finally claimed it extinct in December 2019. Destructive fishing and ecological displacement are thought to have wiped off the species from the river.

The only confirmed female member of this turtle variety died in 2019 while in an assisted reproduction process in China, essentially putting the species to everlasting slumber. Now there remain only three known specimens of Yangtze giant softshell turtles in lakes of Vietnam. The sex of these living individuals has not been determined to date.

The po’o-uli was endemic to the Hawaiian island of Maui, and it was declared gone in 2019. This avian species consumed insects, spiders, beetles, and slugs and was initially observed in 1973 by university students working on the Hana Rainforest project on Haleakala’s southeastern highlands.

One of the three birds identified in 1998 perished under protection in 2004, and attempts to find the other two have been unproductive. The primary reasons for the disappearance of po’o-uli include habitat degradation, the rapid proliferation of illness-bearing mosquitoes, and invasive species.

The last Hawaiian tree snail specimen, nicknamed “Lonesome George,” perished under conservation in 2019. Illness and predation pushed this species toward the brink of extinction.

The loss of this little critter drew maximum media attention and press coverage in contrast to any other lost species in 2019. This snail species was formerly abundant and appreciated for its attractiveness, but an aggressive industry that harvested and stitched together its shells into ceremonial garlands eventually drove them off decades ago.

Dozens of snail species have already been lost to over-gathering, foreign invasive species, and other challenges in Hawaii. The state is popularly known as the “extinction capital of the world,” given the multitude of unique and critically endangered species extensions. Although plenty of effort is undertaken to safeguard what is remaining, the snails’ extinction looks to be accelerating fast.

Northern white rhinos were a subfamily of white rhinoceros that lived in the Central African Republic, Chad, the Democratic Republic of the Congo, Sudan, and Uganda. Efforts to fertilize the two remaining females with semen from other white rhino populations have failed, but zoologists are still experimenting with various conception procedures and stem cell expertise.

The Ol Pejeta Conservancy’s two females seem to be the only live individuals of the extinct species. Northern white rhinoceros were driven to death for their ivory, which was supposed to have medicinal benefits, and used traditional Chinese medicine.

According to a recent National Geographic story, rhinoceros tusks have no medicinal value for humans. Notwithstanding the fact that rhinos are even slaughtered in wildlife sanctuaries, jeopardizing safeguarded rhino herds.

The baiji is a freshwater dolphin variety that is now assumed to be extinct. It is claimed to have been the first dolphin group to go extinct due to anthropogenic activity. Baiji translates to ‘white fin’ in Chinese; therefore, it is a white-finned dolphin. The usage of fishing lines with spikes, which snare and murder the dolphins, is the most likely reason for the baiji’s decline. Environmental degradation could also be a significant factor contributing to the loss of the species.

The Bramble Cay melomys only had one nesting site: a tiny reef island close to Papua New Guinea at the northern extremity of the Great Barrier Reef. These creatures were initially thought to be relatively abundant, although that was not necessarily the reality by the close of the twentieth century.

The melomys were last observed in 2009 as rising temperature and sea levels engulfed its small isolated territory. It was officially acknowledged as extinct in 2015 bu IUCN, rendering it the first mammal extinction due to global warming and coastal flooding.

The Alaotra grebe, also known as Delacour’s small grebe or rusty grebe, is an ancient grebe that was once only found in Madagascar’s Lake Alaotra and its adjacent waters. The avian species was last seen in 1985, and researchers have now established that it died due to a mixture of hunting expeditions and predatory fish.

The western black rhino, the most endangered of the three black rhino populations, was declared extinct by the IUCN in 2011. The newly extinct mammal previously wandered in central Africa’s savannas and pasturelands, but hunting caused the species to plummet.

Investigators spotted the last western black rhinoceros in 2006, and no captive rhinoceros are proven to occur in protection. Illegal animal smugglers hunted the newly extinct creatures to oblivion for their ivory, wrongly assumed to have therapeutic properties.

The Iberian Peninsula is home to four Spanish Ibex or Iberian Goat varieties. In appearance, the Ibex would reach a shoulder height of 60-76cm with a body mass of 24-80 kg, feeding primarily on vegetation.

They were formerly supposed to exceed 50,000 in number. However, by the 1900s, their numbers had swooped to less than 100. The actual explanation of the Pyrenean Ibex’s demise is uncertain. However, experts suspect it was caused by hunting and a lack of capacity to struggle for food resources with other species. In northern Spain, the last Pyrenean Ibex was crushed by a fallen tree in 2000.

That brings us to the end of our recently extinct animal species collection. There are plenty of extinct species all over the planet; some we have recorded, others not. It is tough to say how many species we have eliminated, with regular estimates ranging from a few handfuls to as many as 150.

The disappearance of animals will have a significant detrimental influence on human existence and the biosphere. Extremely ubiquitous wildlife species such as koala bears are now threatened with extinction due to Australian bushfires caused by climate change.

Is the fate of now endangered species the same as Po’o-uli and Baji? If nothing more, such massive extinctions should act as a sharp reflection of what we are losing and serve as a rallying cry to rescue what remains. 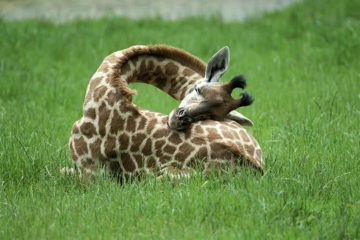 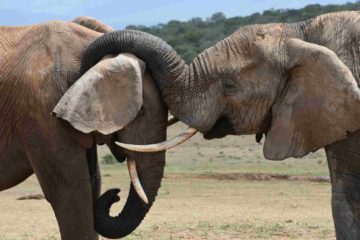 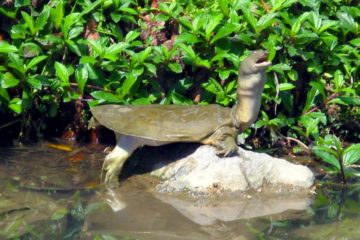 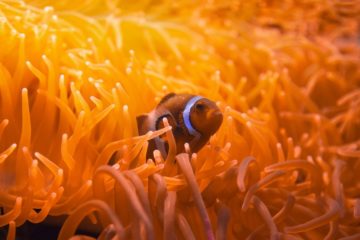 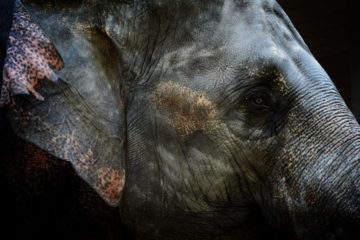 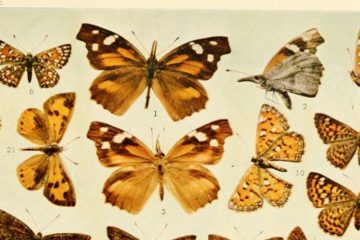