Home Environment 18 Current Environmental Problems That Our World is Facing

We have been hearing about the environment and its problems for decades. However, how current and urgent are these problems?

As we enter this new decade, we need to be informed about the impact our actions can have on not just our surroundings but Earth as a whole.

Many of these problems are pushing us right at the brink of an environmental crisis. And the only way we can begin to work towards a solution is by getting a good understanding of the problems itself.

Let’s have a look at the 18 current environmental problems that our world is facing. 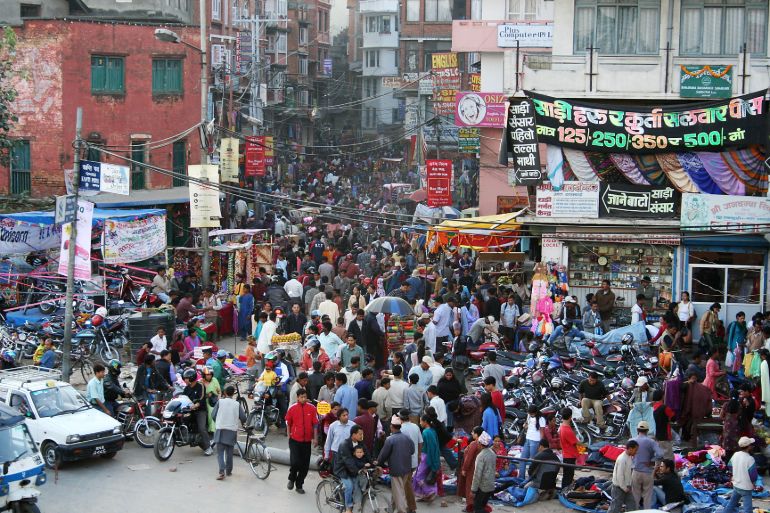 Up until 1800, the world population was only 1 billion. Currently, we are looking at a staggering 7.7 billion statistics.  This growth is estimated to be increasing by 1.05% every single year.

Earth has limited resources. Whether it is food, water, or fuel, there is simply not enough for everybody. The technical and medical breakthroughs have increased the life expectancy for the average human being. So, not only are we rising in numbers but also need sustenance for a long time.

In order to keep up with these rising demands, the agricultural industry is facing high pressure. This pressure causes increased usage of chemical fertilizers, rapid deforestation, and high waste generation. Overpopulation is also a major cause of pollution across air, water, land, and more.

Since we are bound to affect the environment around us, overpopulation is at the heart of the other problems we are facing. It directly or indirectly affects all the environmental problems that follow in this list. 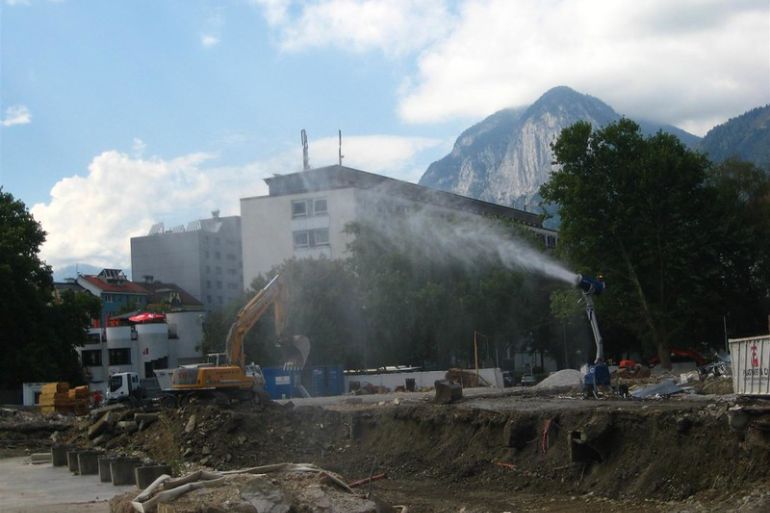 Pollution refers to the presence of unwanted contaminants in air, water, or land. The main contributors to this pollution are rapid industrialization and mismanaged waste disposal. Here is a look at the different types of pollution and the reasons behind them: 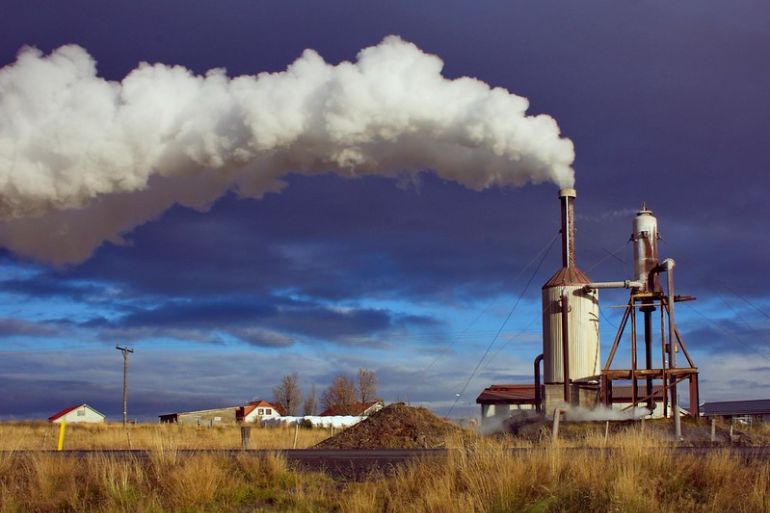 The most common pollutants found in the air are ammonia, nitrogen oxides, sulfur dioxide, and volatile organic compounds. Industrial exhaust adds a massive amount of pollution every day. Similarly, chemicals used in household or agricultural sectors are some other contributors.

As polluted as the air might get, we depend on it for our survival. Breathing this contaminated air makes us highly vulnerable to respiratory problems. This pollution affects not only us but also the environment as a whole. From accelerating global warming to the ozone layer depletion, air pollution affects it all. 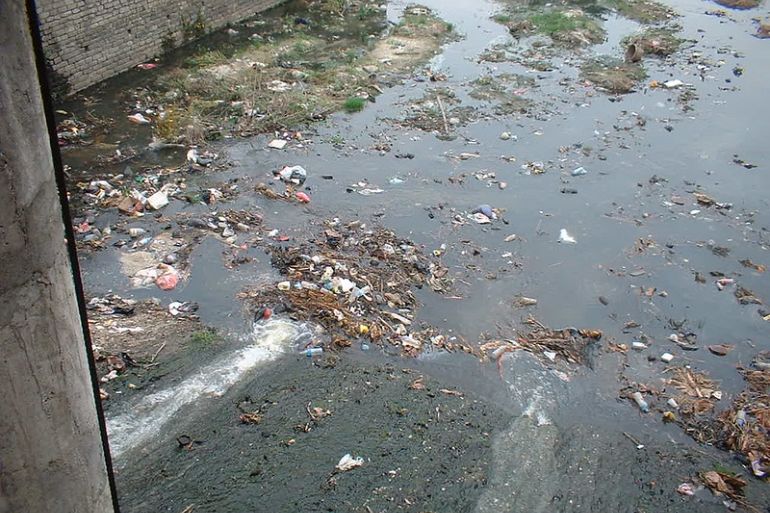 Water pollution refers to the contamination of water sources such as rivers, lakes, oceans, and even groundwater. The main contributors to this pollution are mismanaged sewage, industrial and agricultural wastes. A large amount of the river and marine dumping is responsible for this ever-escalating pollution.

There are many negative consequences associated with drinking contaminated water.  Diseases such as cholera, hepatitis, typhoid, and more run rampant via infected water. On a larger scale, the damage to marine life is devastating. Continuous pollution can cause an imbalance in the entire marine ecosystem. Read about the sources and causes of water pollution here.

Land pollution refers to the degradation of Earth’s land via littering. The lack of proper waste management results in large areas being designated as landfill sites. These sites can add to air pollution as well as water pollution due to runoff. Many human activities such as mining, industrial, and agricultural activities can add to this pollution. 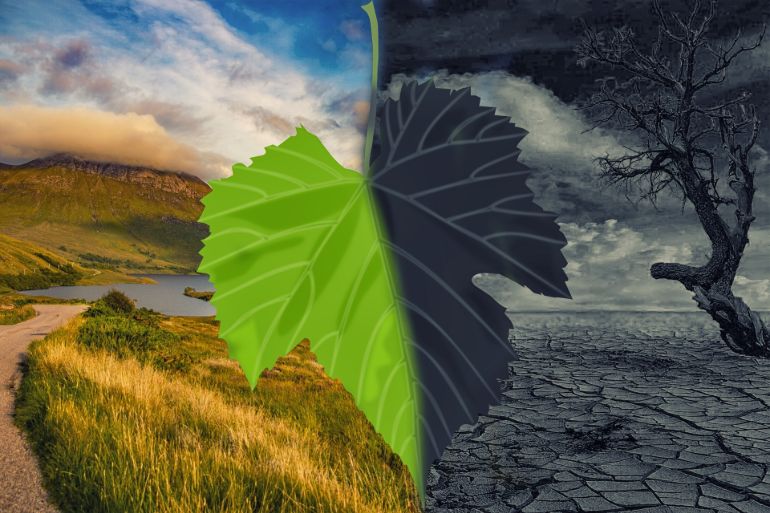 Climate change is an inevitable consequence of global warming. With sea levels on the rise, and ocean temperatures escalating, the impacts of this environmental problem is seen worldwide.  There is a fundamental threat to all lives from the devastating effects of the melting polar caps to the unpredictable weather patterns.

Similarly, there are many indirect consequences of climate change. Heatwaves can be responsible for carrying more diseases. There is a heavy loss of biodiversity due to the inability of some species to adapt to the changing temperatures. The rise in CO2 levels further pushes the ocean acidification. Changing weather can result in increased hunger as well as water crises in developing countries. 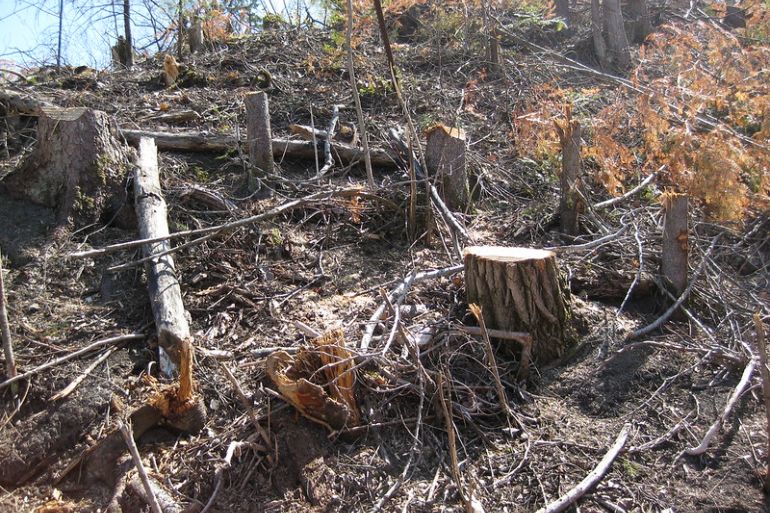 Deforestation refers to the rapid removal of large amounts of trees. This removal is largely done to create space for agricultural farmlands or industrialization. Our forests are essential in maintaining our oxygen supply. Not only this, but they also regulate the Earth’s temperature and ensure rainfall.

Due to the growing population and the demand for more land, food, and resources, large amounts of forests have been chopped down. It is estimated that annually an area amounting to the size of the U.S. of Panama is lost due to this deforestation.

The major effect of deforestation is that it leaves us vulnerable to natural disasters. Soil erosion, flooding, desertification are only some of the side effects. Furthermore, it increases climate change as our forests are essential in maintaining temperature and precipitation. Additionally, there is a huge loss of biodiversity, as the flora and fauna living in these forests are displaced. 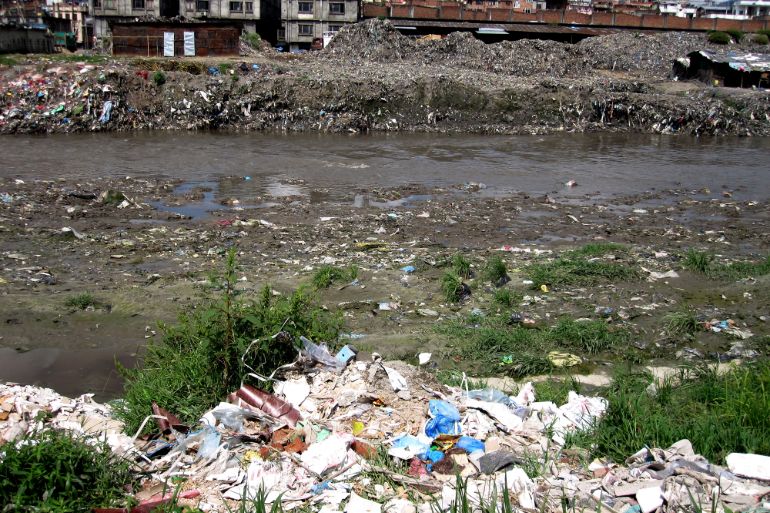 Overpopulation inevitably leads to overconsumption. There has been a steep increase in the plastic wastes generated per year. In fact, it is estimated that, currently, nearly fourteen billion pounds of the total garbage dumped into the oceans is only plastic.

Improper waste management has turned many of the pristine water and land resources into landfills. Similarly, improper nuclear waste disposal has left us susceptible to numerous health hazards. This has quickly become one of our top environmental concerns as it is helping to speed up the other drastic consequences mentioned on this list. 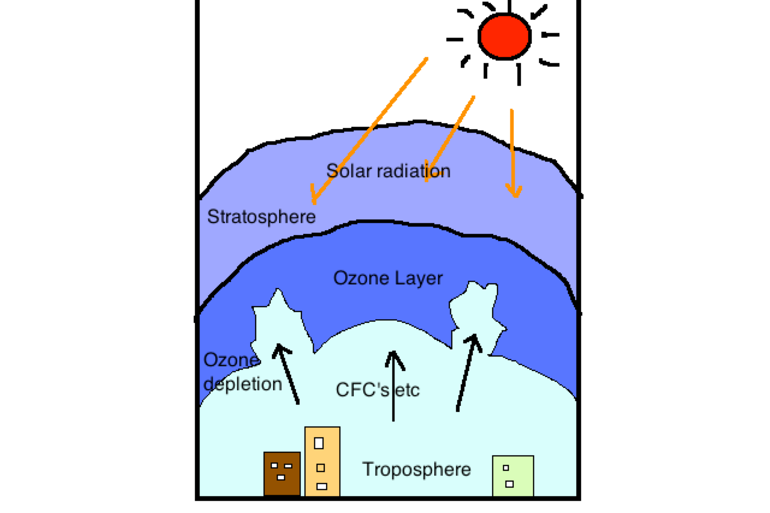 The ozone layer refers to the thin layer of Earth’s atmosphere. This thin layer is responsible for keeping us protected from the harmful solar rays. However, due to the increase in chlorofluorocarbons, the ozone layer is prone to depletion.

Once the ozone layer is damaged, nothing can protect us from the dangerous UV rays. When these rays come in contact with our skin, they can increase our risk of skin cancer. Similarly, it can also slow down plant growth and impact the agricultural industry. 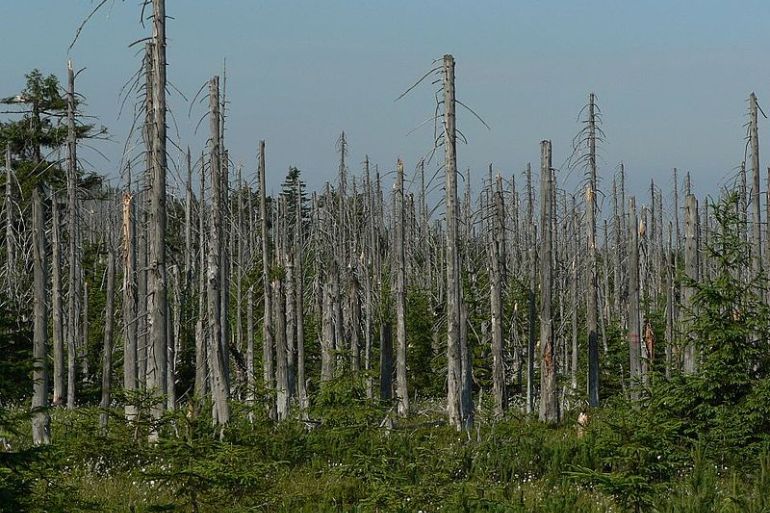 Acid rain is yet another consequence of the growing air pollution. These toxic gases present in the air react with the water droplets that return to the earth in the form of rain. Volcanic eruptions are a more natural cause of this rain. Sulfur dioxide and nitrogen oxides are the main toxic gases responsible for this type of rain.

Acid rain can have devastating impacts on vegetation. The harshest impact of this rain falls is on aquatic life. It can make streams and lakes inhabitable for fishes and disrupt the ecosystem completely. 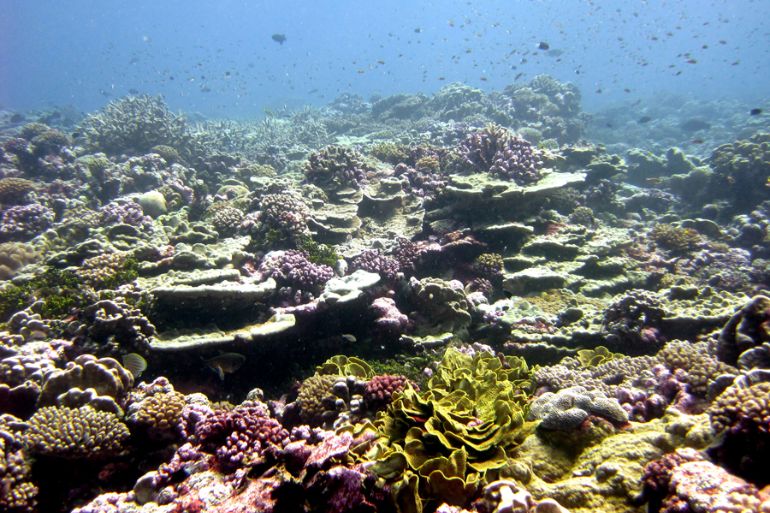 Excessive pollution, along with deforestation, is the prime reason behind ocean acidification. It is the rapid decrease in the pH value of the ocean water. Humans produce 25 % of the overall carbon dioxide. 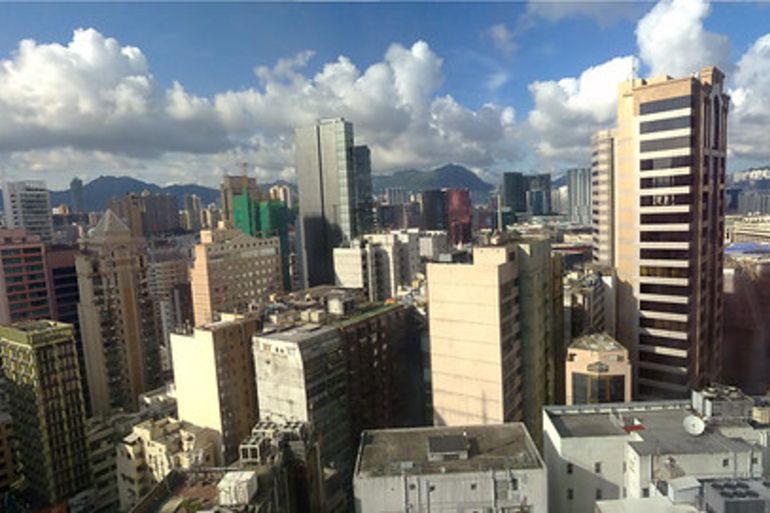 The spread of urbanization outside of urban areas is a common side effect of overpopulation. Due to this, the industrial growth spills over into forest areas, escalating deforestation.

The consequences of this urbanization are firstly land degradation. This degradation directly impacts all the various species of animals that depend on this land for their survival. Similarly, there is a heavy increase in pollution and mismanaged wastes. This pollution inadvertently causes a rise in health issues. 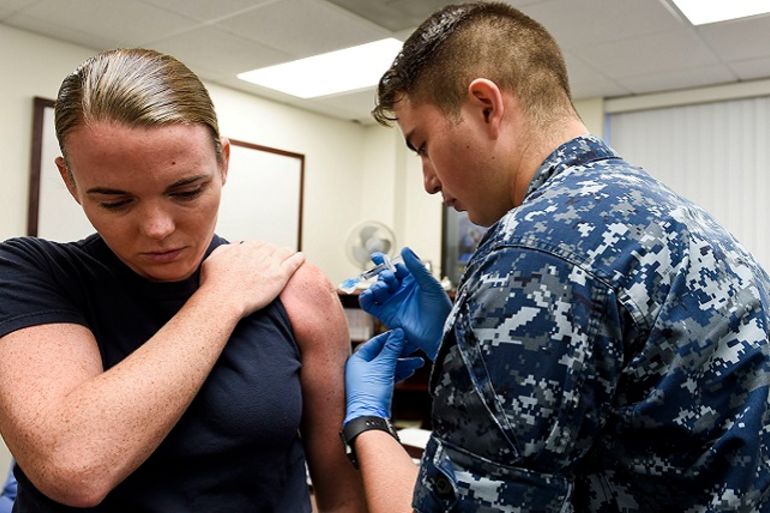 Just as we humans impact the environment around us, the environment is bound to affect our wellbeing. Land, air, and water pollution pose the biggest health risk to humans. These are the elements that create us and keep us alive. Therefore, contaminating these sources can lead to a global spread of respiratory problems, water-borne diseases, and other infectious diseases.

Similarly, we cannot escape the consequences brought about by global warming and climate change. Warmer temperatures help pathogens spread quicker. As such, infections such as dengue are likely to run rampant.

These days many leaps are being taken in the biotechnology environment. One such leap is the genetic modification of food. Usually, these are done to breed plants with favorable characteristics. However, this modification might result in a higher amount of toxins and diseases.

Similarly, these plants might be toxic to the wildlife who aren’t used to this modified food. This constant modification can also cause the microorganisms and insects on these plants to become resistant to antibiotics. For instance, due to the high use of pesticides containing glyphosate, the population of Monarch butterflies has reduced by nearly 90%. 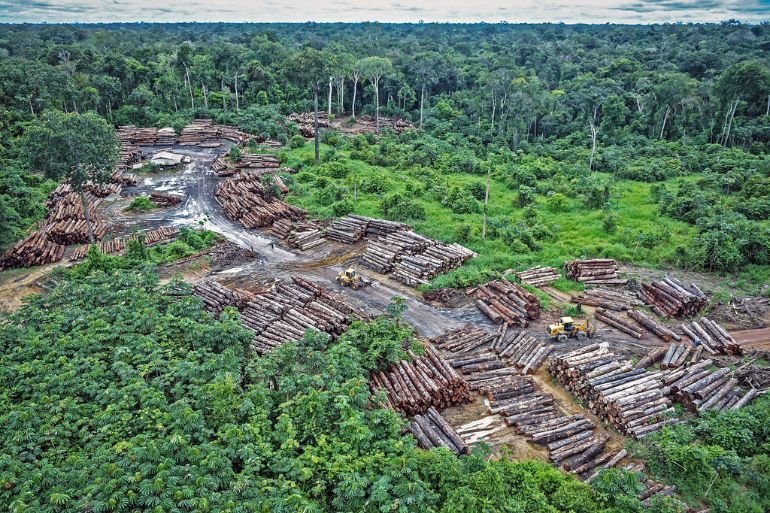 Another direct consequence of overpopulation is the depletion of natural resources. Whether it is water, food, or land, we have not yet realized that there is a cap on the available resources. The need to switch to green energy has never been more urgent. With fossil fuels declining rapidly, the future is with the advent of renewable energy sources like solar, wind, and geothermal energy.

13. Disruption of the Nitrogen Cycle

When it comes to environmental problems, the primary focus has always been on carbon and its effects. However, another gas to keep an eye on is Nitrogen. Excessive levels of Nitrogen can impact marine ecosystems. It can bring about eutrophication, which is unwanted algae growth. This depletes the oxygen supply of the water body it inhabits. Usually, high usage of human-made fertilizers adds to the high nitrogen levels. 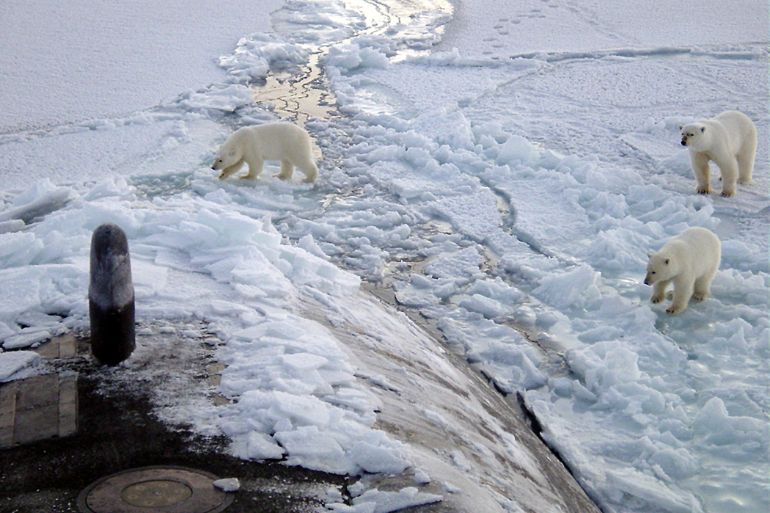 As deforestation and urbanization sprawl into forest areas, biodiversity is bound to suffer. We have lost many rare species already, and much more are on their way to extinction as this becomes a rising environmental problem. These ecosystems are delicate and can be disrupted easily. Climate change, the need for adaptation, displaced habitats, rise in natural disasters, are all responsible for the rapid loss of biodiversity. 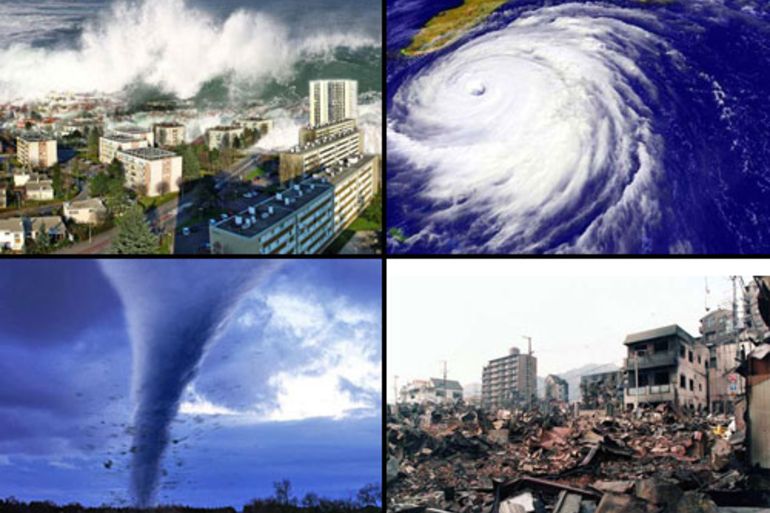 Natural disasters, true to their name, occur at the will of nature. However, certain human activities can help incite these disasters. Rising sea levels and deforestation can increase the risks of flooding, soil erosion, and landslides. Furthermore, tsunamis and earthquakes can also become common. These disasters can cause a huge amount of damage to property as well as human life. 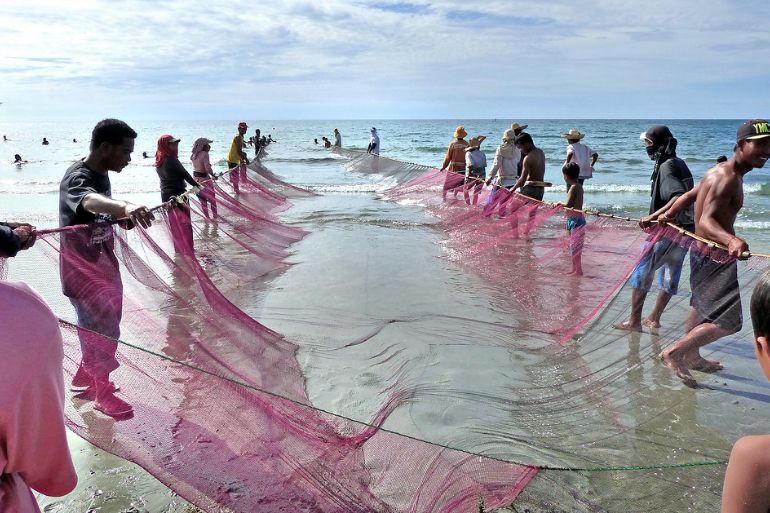 Overfishing heavily impacts ocean life. Current estimates show that close to 63% of the global fish stocks are considered to be overfished. Many coastal communities rely on fishing as their sole source of economy. Due to the depletion of prime fishing sites, these fishing fleets move into new locations. As a result, aquatic life in many of these areas faces extinction along with an increased amount of water pollution.

Nuclear wastes refer to the wastes that radiate harmful waves. Merely being in the presence of these waves can have toxic effects on our health. It isn’t just harmful to humans but also for the plants and animals around us. The primary contributor to this type of wastes is the improper disposal of medical or industrial waste. It has become an environmental problem of concern as these wastes can have a radiation lifetime of years. 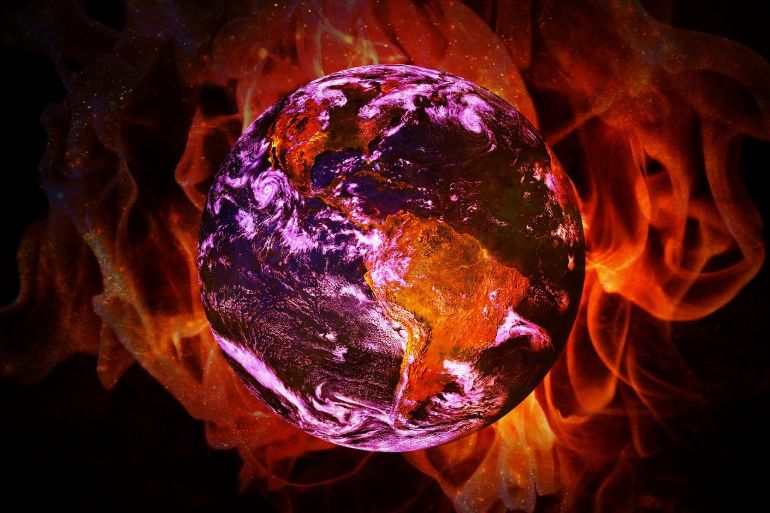 Due to the unchecked air pollution, there is a higher presence of chlorofluorocarbons in our air. These are also known as greenhouse gases. This forms a kind of blanket on our Earth’s atmosphere. This blanket, then, traps the solar rays into the Earth itself. The temperature then begins to rise gradually. This is known as global warming.

These high temperatures accelerate the melting of polar ice caps and also result in rising sea levels. Climate change and unprecedented natural disasters are some of the consequences of global warming. The weather patterns change and this can cause floods or droughts destroying countless lives.

As we can see in the list above, the world today is facing many environmental problems. It is difficult to pinpoint one source for these problems as so many of them are interconnected. However, overpopulation does seem to escalate many of these problems. These problems are bound to affect us in one way or the other so we should ensure we are doing everything we can to not add to these problems.