Water heaters have become a staple appliance in the modern household. Generally, this system comes to use every single day, and unless you’re away from home, they are barely turned off. So, as an everyday application, a water heater can face several problems.

Fortunately, traditional tank-type water heating systems are simple and straightforward when it comes to maintenance. Most of the problems in these water heaters can be solved on your own without spending a dime. However, if the problem is with the water tank itself, you might have to replace the water heater.

Here’s the list of some of the most common water heater problems that homeowners usually experience.

Let’s get into it!

Water Leakage from the Top 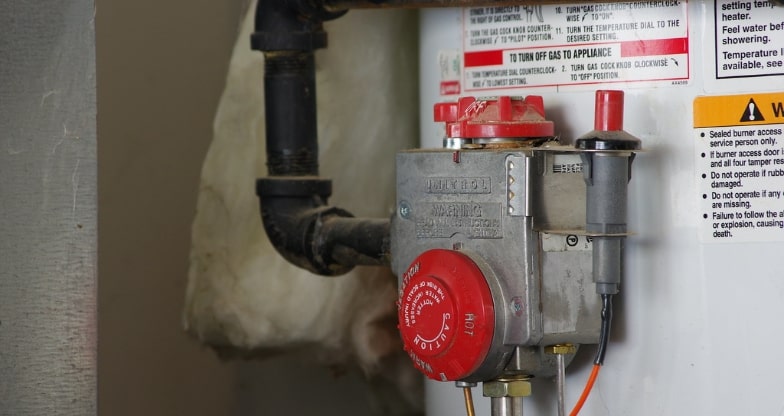 One common issue you’re most likely to face with an electric water heater is the leakage from the top of the system. This could be caused by the loosening of cold inlet or hot outlet pipes. The leakage may also be caused due to the malfunctioning of the T&P valve or the inlet valve. However, all these issues are easily fixable and costs next to nothing.

Water Leakage from the Bottom

Another issue you might face with the electric heating system is leakage from the bottom. It is caused due to normal condensation, leaking of the heating element gasket, or due to the discharge of water through the overflow pipe.

While some minor leaking can be fixed, in most cases, the only solution to this is to replace the entire water heater.

Problem in Water Heating Itself

Another frequent issue with water heating systems comes with the thermostat. If the thermostat malfunctions, you will no longer be able to adjust the desired water temperature. This means the water delivered from the water heater may not be warm enough as per requirement.

On electric units, the thermostat is usually located on the side of the water tank and layer of insulation, just behind the access panel. Unlike gas water heaters, the thermostat of electric models is set at the factory and isn’t intended to be replaced.

Also note that, during winter, you may need to raise the thermostat temperature from usual as the water cools down quicker while passing through the cold pipes.

In addition to that, another possible reason for not having enough hot water may be simply because the water tank you own is not enough for your household needs. In case you choose the wrong size water heater for your home, you may face this issue more often.

Again, this is another issue that you may face related to a faulty thermostat. This may occur if the water temperature in the system is set too high. In order to fix this, all you have to do is gain access to the thermostat of your system and adjust the temperature as per your need. You may want to keep the temperature lower than usual during the warmer seasons. What is the best water heater temperature setting? Read here.
If you are not able to change the water temperature according to your needs, you may have to replace the thermostat. On rare occasions, it also happens due to wiring issues. In this case, make sure to call a professional technician to fix the problem.

This is another downside that comes with electric water heaters. On average, the actual time to reheat the entire supply of water on an electric unit is double to that of gas models. Although newer electric heaters have improved their recovery time, it is still too slow compared to the gas heaters.

However, if the recovery time takes longer than usual, there might be a possible issue with the heating elements or thermostat of your system. In such a case, you may have to replace those parts to get the optimum performance.

If the hot water needs of your household tend to be higher, you may want to consider investing in a tankless model, units with large tank capacity, or point-of-use water heaters. It is always better to do some research regarding which heating system suits your home the best. You can then only decide if you need an expansion tank on your water heater or not.

In most cases, the common issues homeowners face with water heaters is the strange noise from the system. You may hear strange sounds such as hissing, popping, knocking, or banging from your water heater.
Such noises may be caused due to sediment build-up in the bottom of the tank or the scale build-up in the heating elements. It may also occur due to a leakage somewhere in the unit or due to excessive pressure inside the tank.
In most cases, the problems are harmless and often under control, when your water heater makes too much noise. However, it would be best if you consider checking your system as the unusual noises may come as a warning that your unit is facing particular issues. 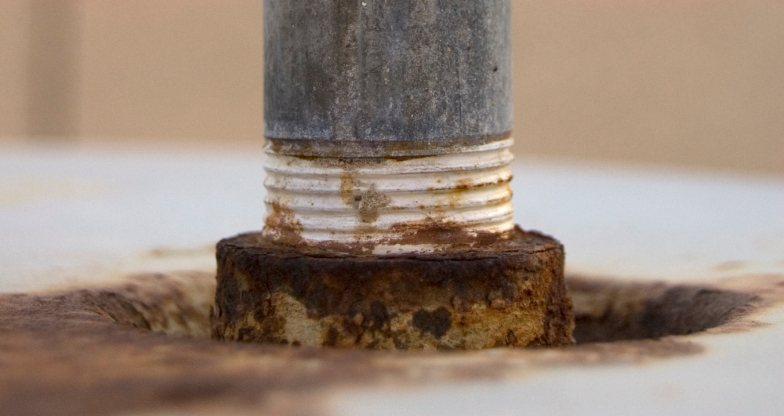 Another common issue with both electric as well as gas water heaters is the flow of rusty and colored hot water. It is often a sign of corrosion of either the anode rod or the entire tank itself. If you’re facing this issue, consider fixing the problem as soon as possible.

If you leave it untreated, in the long run, the corrosion may seriously damage the tank and cause leakage. In this case, you’ll most likely have to replace the entire water heater to solve the problem. Therefore, it is always better to replace the anode rod as it is easy, inexpensive, and can add additional years to your water heating system.

If the water is not rusty but cloudy or dirty instead, it may be due to the scale build-up on the heating elements of your system. Additionally, make sure to check if the sediments are making its way into the hot water outlet.

If you have a water heater at your home, you might also have noticed an unpleasant smell in the water delivered through the system. The smelly or stinky hot water is most likely due to the presence of bacteria in the water tank.

If you use well water as the primary source of water at your home, it is more susceptible to have a foul odor and unpleasant taste. While periodic flushing of the water heating system may temporarily fix the issue, you’ll most likely have to replace the anode rod to fix the problem permanently. Better yet, if you’re about to replace the rod, consider replacing it with a powered anode rod that will eliminate the smell and foul taste from the water.

In addition to that, we also recommend that you increase the water temperature to about 140 degrees to whip out any remaining bacteria from the water.

Pilot Will Not Light

This is by far the most common issue you’re likely to face if you own a gas water heater. If the pilot of the unit is not functioning properly, you’ll end up with cold water. The most common reason for the pilot to not light up is due to clogged orifice or tube that needs replacement. This will take place if the thermocouple is loose or due to the defective gas valve.

Pilot Will Not Stay Lit

Just as frustrating as the pilot not lighting up is the pilot light that frequently turns off and won’t stay lit. Usually, this is caused due to the malfunctioning of the thermocouple. In this case, you may need to replace the thermocouple to solve the issue.

However, several other reasons can cause the pilot to go out frequently. The significant reasons are:

Burner Does Not Stay Lit

While this is not a frequent problem, gas water heaters do occasionally have issues with the burner. The burner of the gas water heater does go out at times or even produce an unusual flame. This is mostly due to the clogged or dirty burner orifices. Similar to that of the pilot light, a dirty vent or faulty thermocouple may also cause the burner not to stay lit.

Well, that’s all regarding the water heater problems that homeowners usually have to come across. Since water heaters have become one of the essential appliances in the modern-day household, you must be familiar with these common issues.

I hope this article has helped you gain insight regarding common problems you may have to face while owning water heaters and the ways to fix them.
Cheers.

Top 10 Biggest Lakes in the World

Antarctic Glaciers – Everything You Need To Know

15 Most Crystal Clear Lakes in the World