Mother Nature has blessed our Earth by covering it with nearly 70% of water. However, most of this water is seawater, which is not fit for human consumption.

Wouldn’t it be great if you could process this seawater to make it drinkable?

With all the new technology and breakthroughs in terms of water purification, how can we make this seawater drinkable? What exactly can be the hurdles in our way?

What is Saline Water?

Saline water refers to water that contains a significant concentration of dissolved salts. In the context of seawater, these dissolved salts are sodium chloride. On average, the ocean water has a salinity level of about 35 g/L. This brief table can give you an idea regarding the presence of salt across various degrees of salinity.

Why Do We Need More Freshwater?

Only 2.5% of Earth’s entire water supply falls under freshwater. Despite this, our lakes and rivers run rampant with water pollution. Currently, nearly one-quarter of the world’s population is facing water scarcity due to pollution.

Currently, a significant portion of water in US households comes from groundwater. However, there is still a possibility of contamination seeping in. This pollution is not just limited to one country but has now become a global concern.

As the population increases, so does the demand for fresh, drinkable water. With such limited supplies, it is only a matter of time before we face a global scarcity. There is, thus, a need to develop methods to make seawater more drinkable. A breakthrough in this area could solve this drinking water crisis all over the world.

Why Can’t We Consume Seawater?

Seawater has an extremely high concentration of salt. This water, when consumed directly, will cause your blood to absorb this salt. The high accumulation of salt in your blood will leave you feeling more dehydrated. This is why it is generally advised to avoid drinking seawater even during a shipwreck. 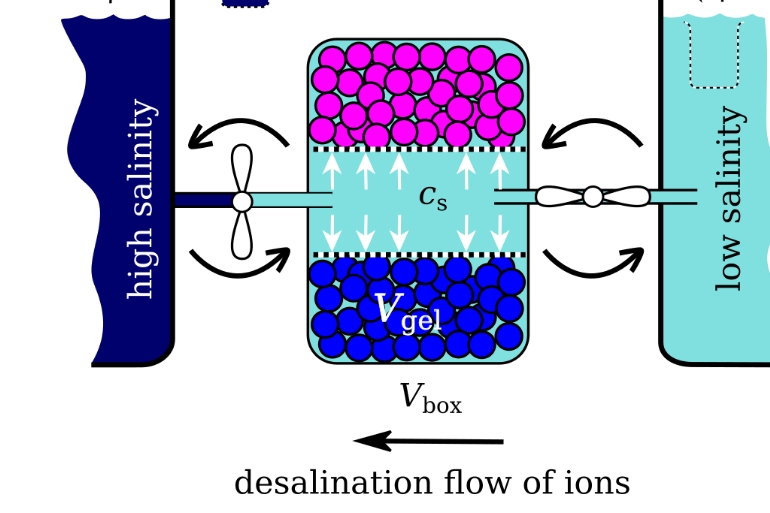 Desalination refers to the process of removing dissolved salt from saline water. The desalination process turns the seawater into potable and drinkable water. It also removes dissolved minerals from your water.

As water pollution and scarcity is growing at an alarming rate, people have started to adapt to the idea of such desalination plants. If these can be implemented worldwide, it could solve the major problems of water shortage.

By now, we are already familiar with many water purification methods for removing dissolved salt from our water supply. Following are the four methods that can be employed to make seawater drinkable:

Distillation is one of the oldest methods of water purification. It mimics the natural water cycle of the Earth. Water with dissolved salt is evaporated and condensed to turn it into pure water. The dissolved salt remains in the original container, whereas the clean water is transferred to a separate container.

These days various types of distillators like electric household distillers, large-scale distillations are widely available. The drawback is that it will require tremendous amounts of energy. Currently, these plants are far too expensive to be implemented on a large-scale basis.

Water is pushed through a semipermeable membrane with high pressure in the opposite direction. Here, it is forced to go from a lower concentration to a higher concentration. The membrane itself has minute pores that are approximately 0.0001 microns thick. These pores will prevent any salts from passing through and leave you with pure salt-free water.

Once again, the hurdle for large-scale implementation becomes costs. Similarly, the maintenance cost of this technology can bleed a country dry financially. One such plant is the Kwinana desalination plant located in Perth, Australia. According to the Pacific Institute report, this plant requires $17 million annually for operation.

Forward osmosis is simply natural osmosis. This method is easier as we don’t need to supply high pressure to move water from a lower concentration to a higher concentration. To perform forward osmosis, you simply need two containers separated by a semipermeable membrane.

In one container, we will store pure water, while the other will contain saltwater. The pure water will then begin to travel towards the saltwater side. This process dilutes the heavy concentration of saltwater. However, it does not completely remove it.

This means that forward osmosis, although easy, is not sufficient to perform total desalination on its own. It is generally said that this process is better for targeting other contaminants than desalination itself.

Electrodialysis is a process that works by separating ions with the use of an ion-exchange membrane under electric potential. It works on a principle that is opposite to that of osmosis. Here, the particles are drawn through a membrane with the help of an electric charge.

In our case, salt or sodium chloride will be broken down into its charged ions: Na+ and Cl-. This method is generally faster than the others listed above. It can also desalinate larger quantities of water at a time.

How Expensive is Desalination?

Desalination plants can need billions of dollars in investments. This high cost then becomes about the amount of output the plant is able to provide. For instance, the $1 billion desalination plant that is being built in Carlsbad, California, provides for only about 7% of the total drinking water in the San Diego region.

Similarly, in terms of energy as well, these plants will consume over 200 million kilowatt-hours of energy every day. The electricity usage is so high that it accounts for 55% of the plants’ total running and maintenance costs. This high-cost low output model is the reason why investors aren’t exactly thrilled at opening up desalination plants.

So, can seawater be made drinkable? Yes. But is it implementable in a practical and large-scale operation? Almost! There are currently a little over 18,000 desalination plants all over the world producing about 22,870 million gallons of fresh water per day. As technology advances, we can surely expect many more such plants in the next decade.