Our history with clean drinking water goes quite far back in time. These days, clean drinking water has become such a given thing that we don’t stop to think twice about where this water came from. But over the years, humans have worked very hard to get clean water that is free from any diseases.

Here we’ll introduce you to the brief history of clean drinking water. 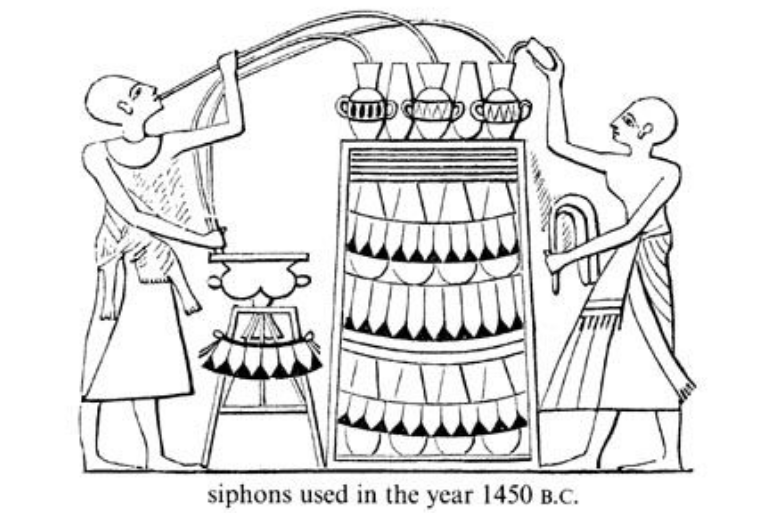 The first people to realize that people needed an external drinking water source was the Romans. This realization resulted in the development of aqueducts all the way back in 312 B.C.

Similarly, there have been multiple mentions of water treatment methods such as boiling water over a fire, heating water under sunlight, filtration through sand and gravel, and others back in the 15th century B.C. These methods were mentioned in Sanskrit medical writings.

Egyptians weren’t far behind either. There have been depictions of water clarifying apparatuses on the walls of tombs of Egyptian rulers Amenophis II and Rameses II. This was all the way back in the 15th and 13th century B.C.

There have been many writings postulating some of our current water purification techniques. For instance, the ideas on desalination can be found in “A Natural History of Ten Centuries” by Sir Francis Bacon in 1671. These ideas involved using 20 vessels and sand filtering.

The next attempt to create something similar was in the 17th century in London via the creation of the New River of clean water. But as the numbers rose, this source became insufficient to sustain the increasing population.

The first record of a citywide implementation of a municipal water treatment plant was in Paisley, Scotland. This plant depended on slow sand filters and encouraged such filters to be implemented in plants throughout England.

In the United States, many cities had adopted water filtration processes for drinking water by the late 1800s. The earlier systems used gravel and sand to strain the water and remove unwanted sediments. In 1827, the slow sand filter was invented by Robert Thom. This system involved using a reverse flow wash and a false bottom.

Thom’s method was useful in the development of rapid sand filtration. This system was widely used in the United States in the 1880s. By now, people had realized that slow sand filters were reasonably competent at getting rid of germs. This was most notably useful in removing typhoid pathogens.

Meanwhile, rapid sand filtration added water jets and mechanical agitators to speed up the process and improved the overall taste and odor of drinking water. Thom’s successful methods also had a direct impact in the passage of the Metropolis Water Act of 1852. This law made it mandatory for all the water supplied to London to be filtered via slow sand filtration.

Nowadays, we have a multitude of water purification systems that can test our drinking water for us. But back then, humans relied on taste to determine the quality of water. Many invisible contaminants were missed during this time, and a need for a more efficient testing method was realized.

Despite some implementation of water filtration, it was still not widespread enough. As a result, diseases ran rampant, and many people lost their lives. It took until 1890 when William Thompson Sedgwick used bacteriology and proved that contaminated water was directly connected to cholera.

Chlorination as a Water Treatment Method

Outside of filtration, water treatment was also gaining momentum. With diseases like typhoid and diarrhea on the rise, it was more urgent than ever to find suitable water treatment. In the early 1900s, chlorination started to be used to treat water.

Great Britain was the first to begin chlorinating the public drinking water. This was done to combat the high death toll caused by cholera but it also resulted in keeping the drinking water safe from typhoid.

The success of this water treatment method led to it being utilized in New Jersey and soon the rest of America. The method used was sand filtration combined with chlorination. It resulted in the virtual elimination of waterborne diseases like cholera, dysentery, and typhoid.

However, this method added substantial amounts of chlorine into the water, which had its own negative consequences. Drinking chlorinated water had been linked to the aggravation of many respiratory diseases such as asthma. This led to the search and addition of more water filtration methods.

With the advent of the 20th century, clean water was not only looked at as an amenity but a basic human right. Similarly, environmental concerns began raising in the 1960s and 1970s  regarding clean water and what it stands for. This led to the formation of important agencies such as the Environmental Protection Agency (EPA) in the United States.

The most important though was the Clean Water Act (CWA) amended in 1972. The formation of this act is responsible for many of the regulations implemented to supply us with clean drinking water. These amendments included regulations for pollutant discharges into US waters, funding for sewage treatment plants, law to obtain a permit to discharge pollutants into navigable waters, and so on. It also became a law that every city throughout the nation must have a water treatment plant. 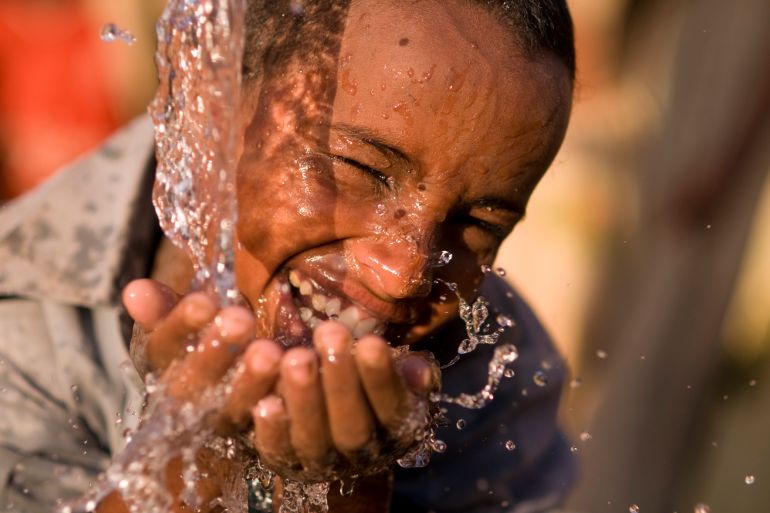 Due to large amounts of mismanaged industrial dumping, water sources these days have become highly polluted. Many of our top river sites have become so toxic that the water cannot even be used for agriculture. There have been rapid developments in the field of water purification. Various handy drinking water test kits have been invented for easy access to clean drinking water.

With reverse osmosis, ionization, desalination, distillation, and more guarding our water supply, we can be glad that we don’t have to rely on taste. However, more efforts need to be put in to ensure that water pollution does not get out of hand.

Top 10 Biggest Lakes in the World

Antarctic Glaciers – Everything You Need To Know

15 Most Crystal Clear Lakes in the World