What is a Bladeless Wind Turbine?

This alternative approach focuses on the aerodynamic effect called “vortex shedding.” It utilizes the vortex-induced vibration which is otherwise ignored in other windmills. This bladeless system is said to be able to capture 40% of the wind’s kinetic energy, which is similar to the regular turbines.
A Spanish start-up company has been working on this idea. The company claims that these bladeless turbines will consume 40% less wind energy than that of the regular wind turbines.

How does a Bladeless Wind Turbine Work?

The cone of the Bladeless Wind Turbine constitutes a composite of fiberglass and carbon fiber, which allows the mast to vibrate as much as possible. The base consists of two rings of repelling magnets that work as a motor.

The turbine does not use the wind to rotate a blade. Instead, it shakes back and forth due to the vortices created by the air movement around it. Usually, such a force is avoided while constructing buildings or other towers. However, this pillar makes proper use of these forces and oscillates in the wind.

Oscillation optimization commences according to the specific frequencies caused by a certain speed of the wind. However, this bladeless turbine has magnets installed in it to adjust the turbine to get the most from any wind speed.

Due to this mechanism, the upper structure starts vibrating. Then, an alternator in the base of the turbine converts the mechanical movement into electricity.

The device can withstand the wind speed of  30- 35 m/s maximum. Moreover, it can also perform well in rain and snow.

No threat to birds

Since this wind turbine is bladeless, it will not pose any danger to birds. Unlike, conventional turbines, they will not confuse the birds and harm or kill them in any way.

There aren’t many moving parts in this turbine. Therefore, you will not require lubrication to keep it moving. It will also last longer for the same reason.

The manufacturing costs of these turbines are almost half of the traditional wind turbines. It also does not require a lot of maintenance, so that also saves you a lot of money. Moreover, in the long run, it also helps you reduce your electricity bills.

One of the best features of this wind turbine is that it is noiseless and will not cause any disturbance in your regular life. 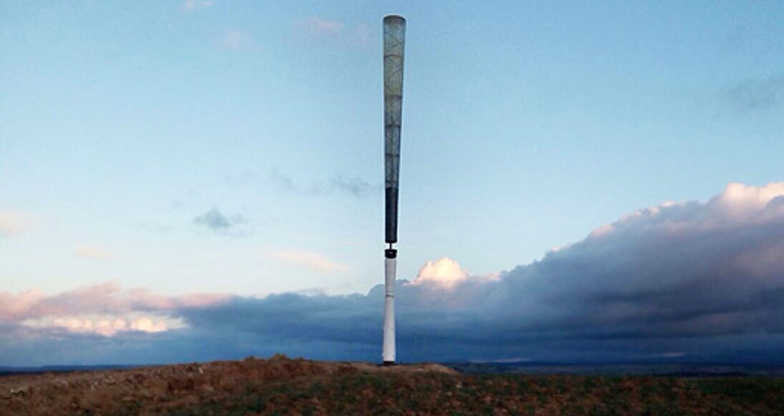 A Spanish company, Vortex Bladeless, proposed the idea of Bladeless Wind Turbines. They are currently working tirelessly to ensure the release of the bladeless turbine on the market. They are looking for industrial partners in Europe to provide materials and manufactured pieces so that they can efficiently assemble the system.

The company is looking forward to launching a beta testing campaign. In this campaign, the participants will be able to buy Vortex Nano, one of the first Vortex wind generators. It is a compact but functional tech demonstration that can feed a USB device. For product improvements, the company will collect feedback from these customers so that the final product, Vortex Tacoma, can be available soon.

How do I find more information about Bladeless Wind Turbines?

The technology page of the official Vortex Bladeless website is the best place to find information about this invention. It also consists of a “green paper” that includes all the necessary information related to the system’s operation.

How durable will the Bladeless Wind Turbines be?

Will the Bladeless Wind Turbines be expensive?

No, they will be much cheaper than the usual wind turbines. They reduce the cost of maintenance, the blades, and the overall cost itself.

What will the build and performance of the turbine be like?

The turbine will be very light, weighing an estimated 15-20 kgs maximum. It has a design to show maximum performance with the wind speed of 3-12 m/s, which are the most common ones. It is also has a quick and efficient response to turbulence in the airflow. The strong but light carbon fiber’s mast will make sure the device does not break until hit strongly.

Where can these turbines be installed?

The turbines are installable anywhere with its design to be fit for residential, rural, or low consumption systems. It performs the best when the wind speed is medium. Therefore, if you place it at a higher place in an urban environment, it will show maximum performance. Also, you can set it vertically. The best places to install this wind turbine would be rooftops or yards that provide them some free space.