It was indeed a foresight. Solar energy as a form of a renewable source  is illuminating the houses of over millions of people and also providing them with electricity. Even after 88 years, it has proven to be an alternative against the uncontrolled use of finite non-renewable energy sources.

The scope of solar energy has expanded as human beings have now accelerated towards a low-carbon economy (green economy). They’ve also realized the importance of renewable energy and the grave consequences of the inevitable exhaustion of fossil fuels. This realization is becoming effective to contain the increasing carbon footprint in the future.

Renewable energy is a form of energy that can be replenished by nature, within a human’s lifetime. Non-renewable sources like coal, petroleum, and fossil fuels aren’t considered renewable because of their finite nature and their rate of formation- over a million years. It is harder for the non-renewable resources to replenish, looking at the rate of incautious human consumption.

The solar energy is a renewable source of energy which means that it won’t outrun in supply.  The only thing we need to be worried about is how to capture the energy and use it for the betterment of mankind.

Solar energy reaches the earth’s surface via sun rays while the remains of carbon-emitting fossils stay on earth. So as you can imagine, the energy from the sun is a far better option. Backing this point, NASA scientists state that the sun is halfway through its lifetime which means we still have 5 billion years left to make the optimum use of solar energy. Therefore the sun can be termed as a remarkably dependable source of energy that is always available for its perpetual use and constantly replenished (renewed).

So in a word, yes- Solar energy is renewable!

Solar energy is also typically termed as the ‘green energy source’ as it accounts for minimal carbon emission and is less harmful to the environment. While non-renewable energy sources like fossil fuels can emit large amounts of GHGs (Greenhouse Gases), solar energy generated from solar panels, is a zero-emission process. Solar energy can be captured whenever the sun shines.

Even though solar energy emits less GHGs and carbon, many are concerned about the manufacturing process of the panels and their impact on the environment settings. Manufacturing of solar module consumes resources and energy, meaning that solar energy generation is responsible for environmental impacts, even if it’s least in quantity. However, the good news is that the impact is minimal compared to the benefits that can be reaped from zero-emission production of solar energy through solar panels. The impacts of production can be canceled out after a few months- which means it is sustainable, renewable and efficient.

Solar energy is undoubtedly the safest alternative to produce and distribute energy. But are we really using the sun to its true potential?

You’d be shocked knowing this fact: In a single hour, the amount of solar energy that strikes the Earth’s surface is more than what the entire world consumes in a year.

If we look at the numbers, each hour, 430 quintillion joules (430 with 18 zeros) of energy from the sun strikes the Earth’s surface. Whereas the total amount of energy consumption annually is 410 quintillion joules. This means we are too far from harnessing the sun’s true potential.

So what happens to the remaining energy?

Clearly we have a source of virtually unlimited (since the sun has a lifetime of around 5 billion years or so) green and clean energy as solar energy- we are just unable to capture it all.

Out of 1,368 W/m2 (watts per meter square) of solar energy that falls on Earth, 29% is reflected back to space, primarily by clouds, but also by the atmosphere. About 23% of incoming energy is absorbed in the atmosphere by atmospheric dust, gases, and other particles. The remaining 48% is absorbed by the Earth’s surface.  (NASA)

The major problem in capturing solar energy is storing the energy, and it all comes down to batteries. We haven’t yet developed the batteries that can efficiently store the produced solar energy. Essentially, we need quality batteries that can help store the enormous amount of energy generated from the sun that is constantly hitting the surface of the Earth. This storage can help in usage of solar energy during emergencies or when it isn’t sunny for days.

Another problem lies in capturing all of the solar energy that radiates from the sun. Researchers from around the world and the energy-based companies are developing better solar panels every year. However, these panels installed at the top of people’s houses haven’t yielded more than 14% of solar energy. All that solar energy and the panels can only convert 14% into electrical energy. It seems unfair, doesn’t it?

Manufacturing high-capacity panels will likely take years, and even more to turn it into commercial use. Hopefully, we’ll soon be able to utilize the sun to its full potential, it just requires a lot of time, investment and technological innovations.

Solar energy as Renewable energy: What are the benefits? 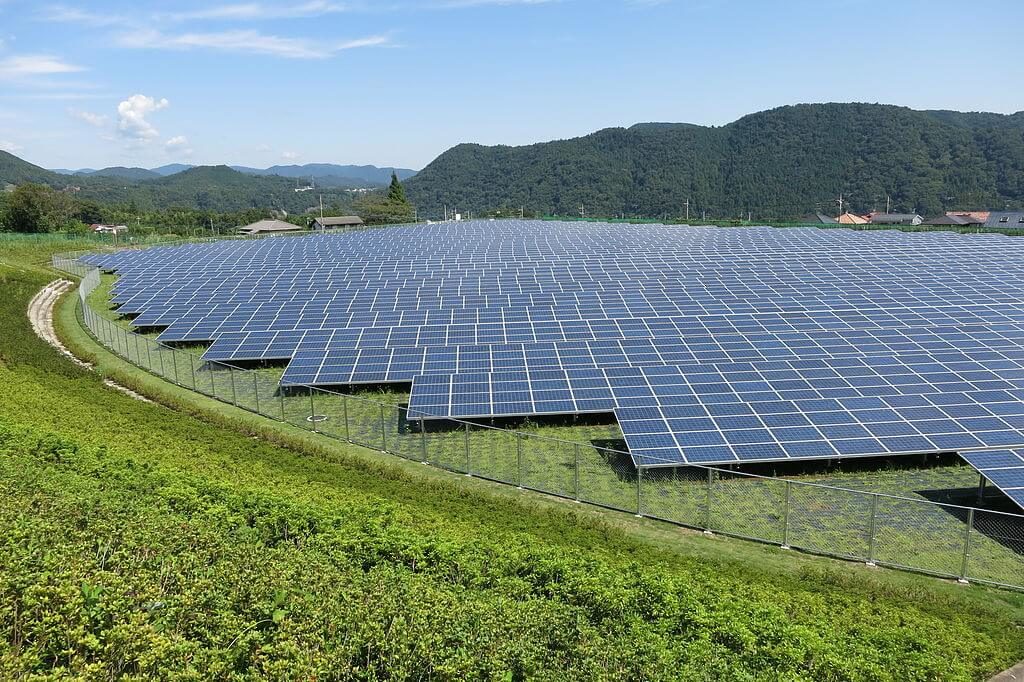 With the rapidly growing population and building of infrastructures at the cost of resource exploitation, there is a big push on renewable sources to meet the needs of the global consumers.

We can’t, shouldn’t and won’t be able to use coal, oil, petroleum and fossil fuels for longer- it increases carbon footprint on environment and aggravate (make worse) the impact of global warming.   As Elon Musk once  said, using coal and oil is the dumbest experiment in history because we’re simply provoking nature, changing its atmosphere without paying heed to the possible consequences.

Since solar energy is renewable and sustainable on a long term basis, we can expect far more in respect to its benefits, which are listed as follows:

Country in the lead: China

The province of Qinghai installed 1.3 GW of new solar capacity, raising its total PV capacity to 10.8 GW, while 1.1 GW were installed in Shanxi (up to 9.8 GW). In the first half of 2019, solar power plants generated nearly 197 TWh, a 30% increase over the same period of 2018, and 2.6 TWh of solar generation were abandoned, mainly in Tibet, Xinjiang, Gansu andQinghai. (Link as anchor while editing)

Too much data involved, right? But what you can gather as a gist is that China was a major contributor to install Photovoltaic Cells generate solar energy on a large scale. This establishes China as a country that is setting its foot towards a clean future. It is a huge initiative on a global level.

Therefore the renewable nature of solar energy has helped in setting a positive outlook for clean energy and eco-centric development in the future. However, one thing to remember- just because solar energy is renewable, doesn’t mean our actions are! If we are constantly depleting the environment thinking that you have a safeside alternative for the future, there’s no saying where this foolishness will take us.

Just stay alert of what you are doing to nature and nature will pay you back!